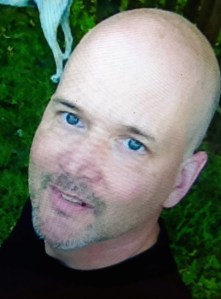 Jeffrey Albert McGall, 56 of Richmond, passed away on Thursday, Dec. 9. He was preceded in death by his father, James G. McGall Sr.

He is survived by his mother, Joyce B. Hicks; his sister, Joni L. Elliott; brother, James G. McGall Jr. and many nieces, nephews and dear friends around the world.

Jeff was born in Farmville on May 23, 1965. He graduated from Prince Edward Academy, was a 1988 graduate of James Madison University and attended the Guitar Institute of Technology (GIT) in California. He was a well-known sound recording professional, lighting designer and rigging engineer in Richmond, helping create a wide range of regional short films, documentaries and commercials. Jeff was also an outstanding guitarist, singer and composer, having either founded, or played in, numerous contemporary rock bands. He had a huge heart and especially loved animals, having rescued countless dogs and cats wherever they found him. He will be missed by all who knew and loved him.

A celebration of his life will be held on Saturday, Dec. 18, at 1 p.m, at Puckett Funeral Home. Interment will follow in the Westview Cemetery in Farmville.

In lieu of flowers, memorial contributions in Jeff’s name can be made to the Mr. Holland’s Opus Foundation, www.mhopus.org, which donates quality musical instruments to students in under-funded music programs around the country.