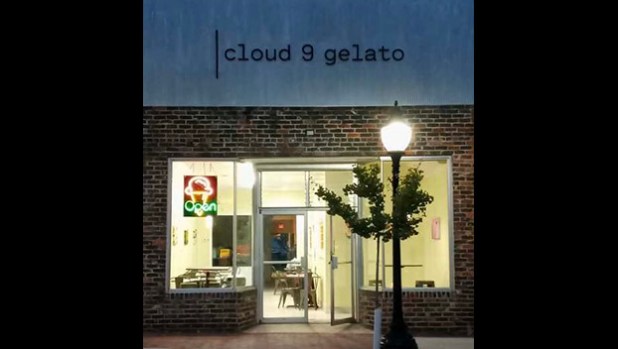 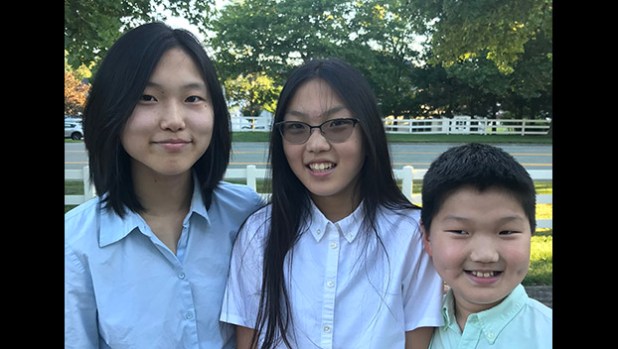 Cloud 9 Gelato is truly a family-run business, and each of Shun Zhang’s three children contribute in different ways. From left are Abigail, 16, customer service; Anna, 14, product development; and Abraham, 10, treasurer.

Locals are eagerly preparing their taste buds for a trip to Cloud 9 — literally — in anticipation of the arrival of Farmville’s newest business, Cloud 9 Gelato.

The family-owned shop, located at 113 N. Main St., will sell gelato, a popular frozen Italian dessert known globally for its density, richness and lower fat content, which makes the tasty treat a much healthier alternative to traditional ice cream.

In addition to gelato, the shop will also sell pastries and boba tea, an immensely popular tea-based drink with chewy tapioca pearls.

Cloud 9 Gelato, owned by the Zhang family, is a family-run business through and through. In fact, the idea for the business originated from resident Shun Zhang’s three young children.

Zhang, originally from China, moved to the U.S. at age 21 with the help of a borrowed plane ticket, a college scholarship and an American dream.

After receiving his graduate degree from Carey Business School at Johns Hopkins University, Shun has worked as a problem solver for more than 20 years at companies like Transportation General Inc., Phi Beta Kappa Society and MVM Inc.

In 2015, Shun and his family moved to Rice, where they reside today.

Shun said it was his children, Abigail, Anna and Abraham, who had the idea to create the gelato shop, noting the children were born and raised in Northern Virginia and visited gelato shops in the Reston area several times a week, including during the cold winter months.

When the family moved to the Farmville area, they realized while great ice cream shops exist nearby, there was no place to go for high quality gelato.

“My three children decided to work together to own and operate a gelato store in Farmville,” Shun said.

The trio decided to name the business “Cloud 9 Gelato” to emphasize the joy experienced by eating the frozen dessert.

The shop is expected to have approximately 20 different flavors of gelato, including crowd favorites such as butter pecan, cookies n’ creme, mint chocolate chip and more, with plenty of different size options to choose from. The business will also sell different flavors of sorbet which can be enjoyed by residents, especially those who do not consume dairy.

Cloud 9 Gelato is set to open Dec. 17. Operating hours, Shun said, will likely be from noon – 9 p.m., but he encouraged those who walk by the store outside of normal hours to feel free to knock on the door if the family is inside and be invited in to enjoy some high quality gelato.

“I just want to say thank you to the wonderful community for all the strong support, warm wishes and generous compliments they gave during our Dec. 4-5 soft opening,” Shun said. “We were especially touched and impressed by the Longwood and Hampden-Sydney students. We received countless compliments about our products and served many repeat customers during those two days.”