Monique Truong, an award-winning novelist and essayist who explores themes of food, displacement and hunger in her work, is the 2021 winner of the John Dos Passos Prize for Literature. This year marks the 40th anniversary of the premier literary prize, given annually by Longwood University to an extremely talented but underappreciated American writer. 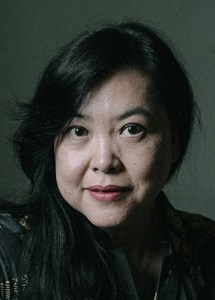 Truong is known for her best-selling novels The Book of Salt (2003), Bitter in the Mouth (2010) and The Sweetest Fruits (2019). The Brooklyn-based writer’s work is often based on real-life people and experiences, seen through the eyes of those who have been marginalized in history.

Truong was chosen by the Dos Passos Prize jury from a shortlist of five finalists whose works are taught in classrooms around the country. The winner will receive an honorarium and will give a reading on Longwood’s campus in the spring of 2022.

Dos Passos Prize committee chair Brandon Haffner, assistant professor of English at Longwood, describes Truong’s writing as “complex, finely tuned music” that “awakens my best and most attentive self. Her writing challenges me in the way all truly transformative art does; it demands my focus and offers in return rich, layered worlds I will never forget.”

The John Dos Passos Prize for Literature is the oldest literary award given by a Virginia college or university. It honors an underappreciated writer whose work offers incisive, original commentary on American themes, experiments with form and encompasses a range of human experiences.

More recently, The Sweetest Fruits received the 2020 John Gardner Fiction Book Award and was named a best fiction of 2019 by Publishers Weekly, Mental Floss and Popmatters. She is the co-author of the forthcoming Mai’s Áo Dài, a children’s picture book set to be published in 2023.

“Truong’s work rewards slow reading. Her plots do not surge, they unfold—and the characters within them slowly take shape, accruing character from multiple gestures and observations rather than reactivity,” said juror Kirsten Kaschock, an award-winning author, scholar, teacher and recent Pew fellow. “In her books, I felt entrusted with lives lived. The unsaid and the unknown make their presences felt alongside her meticulously researched world construction, and the result is a richness that can’t be spoken of only by addressing what Truong does.”

Truong was born in Saigon, South Vietnam, and came to the U.S. as a refugee in 1975. She earned an undergraduate degree in literature from Yale University and a Juris Doctor from Columbia University School of Law. Her essays on topics ranging from food to racism to the Vietnam War have appeared in The Wall Street Journal; O, The Oprah Magazine; The Washington Post; and The New York Times. She also is an intellectual property attorney.

The first John Dos Passos Award was given in 1980 to Graham Greene. Since that time, winners have included Shelby Foote (1988), Earnest J. Gaines (1993), Maxine Hong Kingston (1998), Ruth Ozeki (2014), Paul Beatty (2015) and Karen Tei Yamashita (2018). Many of the past recipients have gone on to garner further acclaim, such as Beatty, who won the prestigious Man Booker Prize for Fiction in 2016 for his novel The Sellout.