Statue relocation on the horizon 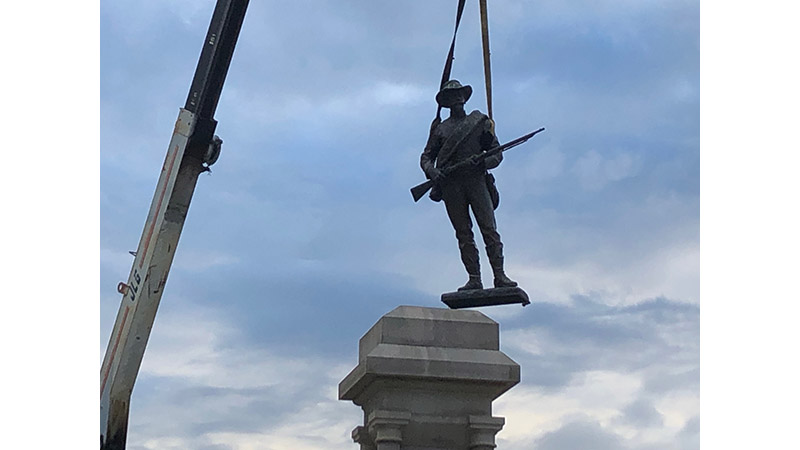 Town officials are preparing to sign a contract which would see the former High Street Confederate statue moved to its final resting place in the Confederate Cemetery on Longstreet Road.

The bronze statue depicting a Confederate soldier was removed back in June of 2020 only minutes after a vote to take it down in a special closed session Farmville Town Council meeting.

After input from locals, the Town Council sent out a request for proposal in September seeking contractors to relocate the statue to the cemetery, a location many have deemed more appropriate.

During a Town Council work session Wednesday, Nov. 3, Town Manager Dr. Scott Davis told council members the town had received bids from two different companies. Stratified Inc., a D.C.-based company, had the lowest bid with a not-to-exceed price of $46,000 for the project.

Davis told Council he planned to return at next week’s Nov. 10 meeting to come forward with a contract for council members to authorize.

“Once that’s executed by both parties, then we’ll be ready to move forward for that process, and then we should be done.”

If authorized, the statue will be reassembled near the front of the cemetery, just beyond the existing memorial. A concrete pad will be poured to meet the weight of the monument, which will be dismantled (including its pedestal) and put back together at the Confederate Cemetery. Davis noted the circular concrete pad on High Street will be the only part of the monument to remain after the process has concluded.