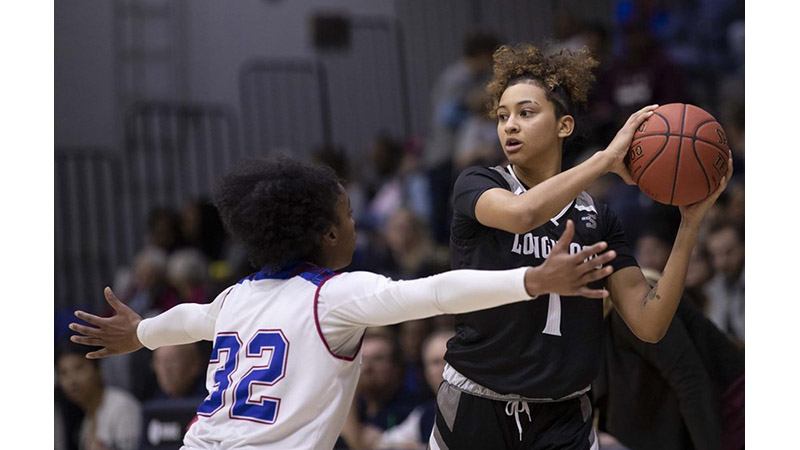 Two big games and clutch buckets galore all added up to Kyla McMakin being named the Big South Player of the Week, the conference office announced on Monday afternoon.

The standout junior guard averaged 21.5 points over two games to lead Longwood to a 2-0 week on the court, and she earned her 10th career Big South Player of the Week honor in the process. A preseason All-Big South First Team selection, McMakin scored 30 percent of Longwood’s points over the two games in the week.

Against Duquesne, she scored a season-high of 28 points, and she hit a pair of free throws that proved to be the difference with 1:23 to play, giving Longwood the 77-76 lead. She had eight of the team’s 12 points in the quarter.

The Virginia Beach native followed it up that effort with 15 points St. Francis, including back-to-back layups that helped seal the game in the final minutes, giving Longwood it’s first road win of the 2021-22 campaign. Plus, she coupled her points with a season-high nine rebounds and a career best five steals.

Longwood has a few days before continuing on a six-game road swing with a trip to Texas this Sunday, Nov. 28 against Lamar University at 3 p.m. (EST), followed by Sam Houston next Tuesday, Nov. 30 at 7 p.m. (EST).