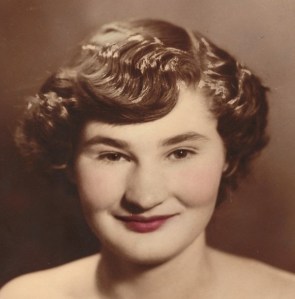 Maude R. Slater, 87, daughter of the late George Irving Robertson and Lottie Atkins Robertson, passed away peacefully at the Woodlands, in Farmville, on Nov. 17.

“Midge”, as she was known to family and friends, was born in Prince Edward County on March 22, 1934. Her early life and school years were spent in Farmville. After graduation from Farmville High School, she worked in administrative positions for Judge Hay on the Prince Edward County General District Court and for Landon G. Atkins Real Estate of Farmville.

She later married a young soldier, Sylvester Perry Slater, who was stationed at Ft. Pickett. He served multiple tours in Korea and later retired as a Non-Commissioned Officer in the United States Air Force following 20 years of active service. Midge resided with her husband Perry at duty stations in Missouri, Georgia, Puerto Rico, New York and Florida.

A family graveside ceremony was held Tuesday, Nov. 23, at 11 a.m., in Trinity Memorial Gardens in Rice, with arrangements by Puckett Funeral Home of Farmville. In lieu of flowers memorial contributions may be made to the Tunnel to Towers Foundation at www.t2t.org.