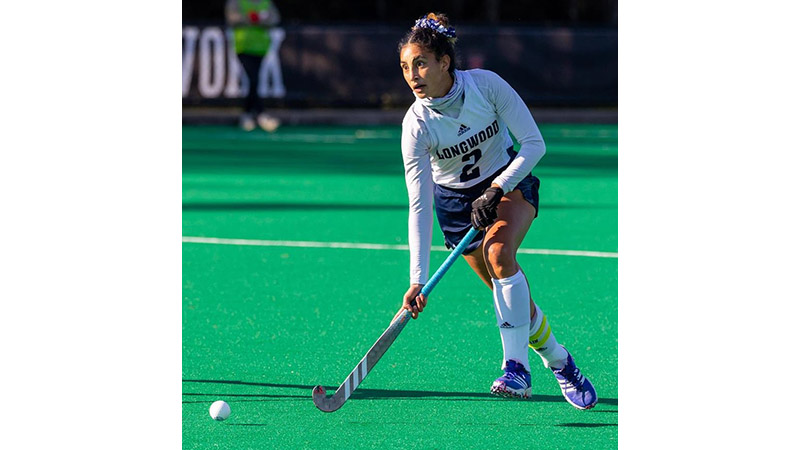 Also a four-time All-MAC selection who was named to the league’s first team for a fourth straight year, Lopez becomes only the second Lancer in program history to thrice earn NFCA All-Region honors, joining all-time Longwood great Stacey de Grandhomme, who did so from 2011-13.

Lopez’s most recent NFHCA All-Region honor followed another standout season from the Mendoza, Argentina native. In her fourth season as a do-it-all midfielder, she set career highs with eight goals, seven assists and 23 points while also anchoring a Longwood backfield that led the MAC in goals against average. As Longwood’s leading goal-scorer and assist-maker, she also spearheaded a Lancer scoring attack that averaged a MAC-best 2.7 goals per game.

Those contributions helped a breakthrough season for Longwood field hockey, which went 10-6 overall and 4-3 in MAC play on the way to the MAC Championship game. That title-game berth, in which Longwood fell 2-1 to the five-time reigning champion Miami RedHawks, was Longwood’s first since joining the MAC in 2014.