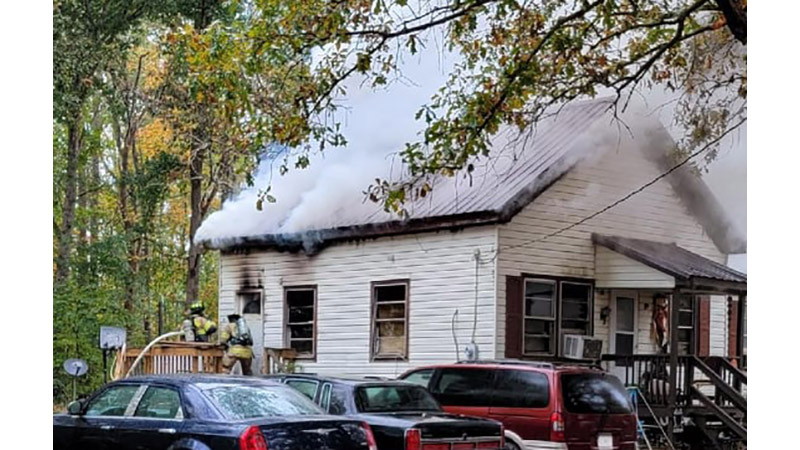 Thankfully, no injuries came as a result of this house fire on Belle Road Tuesday. (Photo by Beth Taliaferro)

An electrical issue is believed to have been the cause of a Tuesday afternoon house fire on Belle Road in Cumberland.

According to Cumberland Volunteer Fire Department (CVFD) officials, crews were dispatched at approximately 1:39 p.m. Tuesday, Nov. 2, to the 100 block of Belle Road for a reported house fire.

Firefighters arrived to find smoke coming from all sides of the home. After making entry into the building, crews located the blaze at the rear of the home.

All occupants of the house were able to exit without injury.

According to officials, the cause of the incident is believed to be an electrical issue. The fire is not considered suspicious.