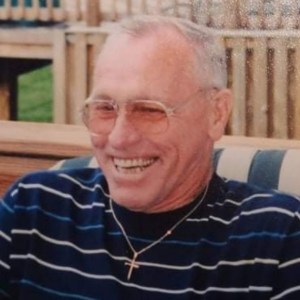 He graduated from Buckingham Central High School in 1956 and joined the United States Air Force Jan. 1957. While stationed at Nellis Airforce Base in Las Vegas, he met his forever love, Kathy, and they were married Nov. 16, 1958. After four years serving the United States of America he was Honorably Discharged and remained in Las Vegas working hard at a Titanium plant and later as a carpenter.

In 1960, Allen and Kathy began raising their family of three daughters. In 1972, the family moved to Buckingham to settle on the Richardson family farm. Allen worked alongside his father and brother, Kenny, raising tobacco, cattle, swine, hay and corn as cash crops. He also always had an amazing garden that provided abundant nutrition for his family and others who he loved to share with.

Allen’s love for kids (of all ages) lead he and Kathy to work volunteering with the New Dominion School for Girls and Boys in Buckingham. He continued to have contact from many of the kids and staff over the years, demonstrating the mutual caring and the difference he made with them.

Allen & Kathy moved to Spotsylvania in 2003 and Allen worked for Minnieland Daycare where he was a teacher’s assistant. He taught the kids to plant a garden, build a playhouse and demonstrated God’s love to the children and parents. Through his work there he made lifelong friendships with his colleagues, the parents and children.

A Celebration of Life open house will be held on Saturday, Oct. 9, please contact the family for further information.