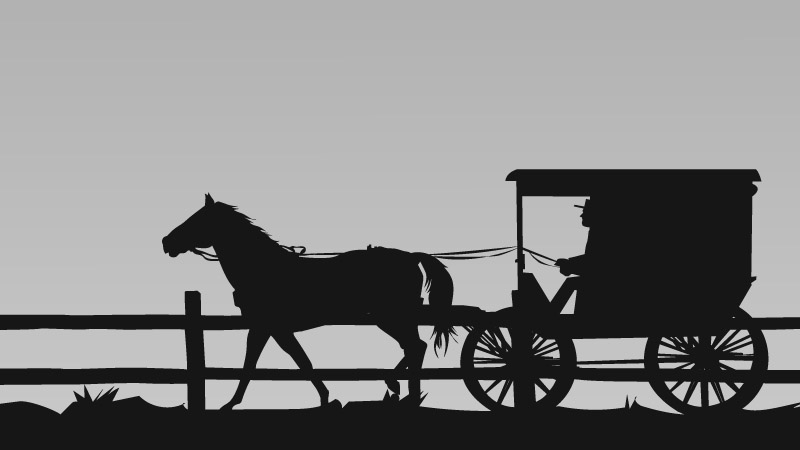 Cumberland County and the surrounding communities are joining together to raise funds and provide support for the eight children whose parents were tragically killed when a truck crashed into an Amish horse-drawn buggy Sunday, Oct, 17, in Cumberland County.

A release distributed earlier in the week by Virginia State Police (VSP) noted the deadly crash occurred Sunday night on Route 45/Cumberland Road when a 2005 Toyota Tundra driven by Mickel I. Bates, 60, of Farmville, struck the rear end of a buggy. While Bates originally continued on down the road, he returned to the scene a short time later.

Inside the buggy were husband and wife John and Barbie Esh, both Farmville residents, as well as their eight children. Barbie, age 38, died at the scene of the incident. A second release distributed Tuesday by VSP announced John, age 39, was flown to VCU Medical Center where he succumbed to his injuries Monday. The eight children, ranging in age from 9 months to 16 years, were all transported to nearby hospitals for treatment with injuries ranging from minor to serious.

Since the tragic event unfolded on Sunday, community members and those touched by the news have rallied together to raise funds for the family and provide support however possible.

A GoFundMe page organized by Jonathan Stoltzfus to help with medical expenses had raised $32,480 as of press time Wednesday. A separate GoFundMe fundraiser organized by Elmer Zook to help pay off the remaining mortgage of the Esh family’s farm was at $36,485 as of Wednesday afternoon.

Increased Amish buggy presence was expected in the area Wednesday and Thursday as relatives of the deceased headed to town for burial services.

Buckingham resident Maria Bryan, who teaches at Cumberland High School, said she’s had friends in the local Amish community since the farm neighboring her home was purchased by members of the community several years ago. She, like many, was devastated to learn of the passing of Barbie and John and has been helping throughout the week to drop off family members, deliver food and visit the children at the hospital.

Two children, she noted, were taken to UVA Medical Center in Charlottesville for treatment. The others were taken by various emergency medical transports to VCU.

As of Wednesday, Bryan said all but one of the children have since been able to return home from the hospital.

Bryan noted sympathy cards or correspondence with the family would be accepted by a family friend at the following address:

Bryan, who has been helping to orchestrate item drop offs with family and friends, noted she can be reached out to via Facebook for those wishing to donate items or food. Her facebook page can be found at https://www.facebook.com/maria.r.bryan.

Bates was not injured in the crash, and charges are still pending at this stage of the investigation.

Pain at the pumps