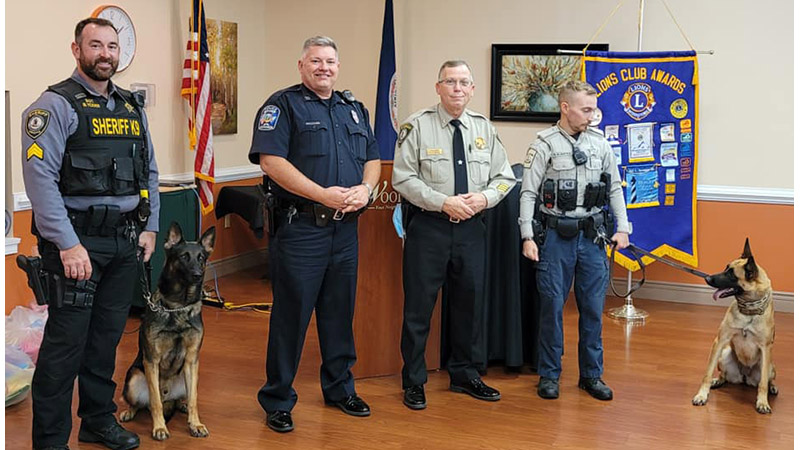 Above, from left are Brandon Yoder, Bill Hogan, Tony Epps and Ryan Bates.

Farmville Police Department’s Deputy Police Chief and Captain William H. “Bill” Hogan was one of the speakers and explained how their department is gearing up for Operation Blue Christmas and discussed the department’s Citizens Police Academy that they offer each spring. Prince Edward Sheriff Tony Epps spoke about how the agencies work together in the community while noting the work that a lot of people don’t realize their department handles.

Cumberland County Deputy Sheriff Ryan Bates and Prince Edward Sergeant Brandon Yoder also came to talk to the club about their department’s police K9s and how they have had to adjust this year to new legislation. They performed a drug-sniffing demonstration to show just how accurate the dogs were in finding toys that smelled of drugs like cocaine. Prince Edward Deputy Sheriff Jason Jenkins also came with his bloodhound K9 explaining how they could track a person with a single toothpick that has been in that person’s mouth.

Donations like the Lions’ gift helps local law enforcement departments to be able to pay for continued employee training, including the K9 unit, as well as aiding their communities through programs like Operation Blue Christmas.