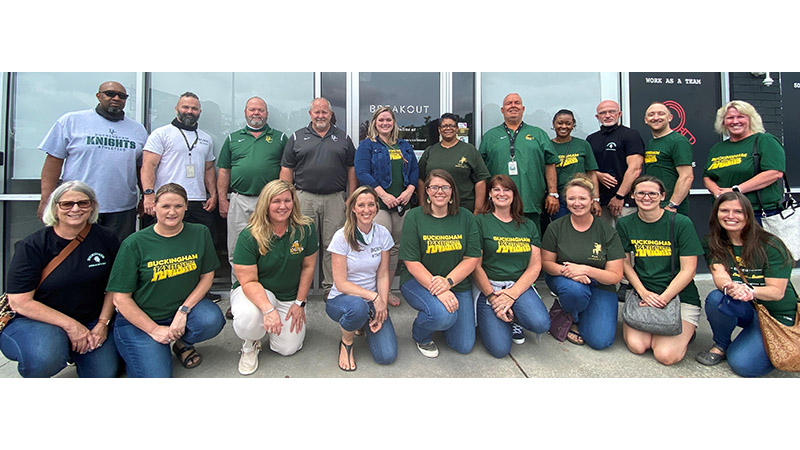 Buckingham County Public School (BCPS) Superintendent Dr. Daisy Hicks, top row, fourth from right, has announced her retirement. Hicks has spent over three decades dedicating her life to education and made history as the first female superintendent and first Black superintendent in the history of BCPS. She can be seen here at a recent administrator’s retreat.

After 31 years of service in public education and touching the lives of countless students all over the commonwealth, Buckingham County Public School (BCPS) Superintendent Dr. Daisy Hicks has announced her retirement.

In a Tuesday, Oct. 26, statement, Hicks announced her plans to officially retire Dec. 31 of this year.

Hicks will enter retirement after an extensive career. Before becoming an educator, she worked at the Nottoway Correctional Center from 1987-1991. Since then, she’s served in a variety of education roles including teacher’s assistant, school secretary, central office secretary, teacher, principal, central office administrator and, of course, superintendent. 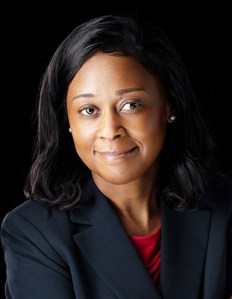 Hicks’ teaching career began in January of 2001 at Prince Edward Middle School. From 2003-2004, she served as the director of extended and continuing studies for Saint Paul’s College before being hired as a teacher at the J.S. Russell Middle School of Brunswick County Public Schools for the 2004-2005 school year.

From 2005-2007, Hicks served as assistant principal for Cumberland County Middle School. She went on to serve as principal of the Gold Hill Elementary School for BCPS from 2007-2009.

Hicks spent many years working in the Nottoway County Public School district. From 2009-2015, Hicks served in the role of principal at Nottoway Intermediate School, later joining on as principal of Nottoway High School from 2015-2017. She then served as the school’s director of human resources, operations and testing from 2017-2018.

In 2018, Hicks returned to BCPS to serve as division superintendent, a position she has held ever since. She also currently holds the position of adjunct professor in educational leadership studies for Longwood University.

When asked about some of her fondest memories of a long career in education, Hicks pointed to the blessing of watching children grow up and becoming high school graduates.

“I have many fond memories, but a few that stand out the most are having the opportunity to serve students in grades 5-6 at Nottoway Intermediate School and then watching them grow and their successes over the years and serving those same students at Nottoway High School,” she said. “Also, I had that same experience in Buckingham with students who were elementary students at Gold Hill and then having the opportunity to see them as young adults and handing them their diploma. I have worked with some great people over these 31 years, and I will always cherish the laughs and conversations that we shared, as well as the challenges that lead to many opportunities.”

Although she may be retiring, December will not mark an end to Hicks’ dedication to education. She plans to continue to work as an adjunct for Longwood and also plans to serve as a university supervisor which will allow her to observe and provide feedback for student teachers. She also recently accepted a virtual, part-time doctoral instructor educational leadership position with the University of Phoenix.

“I plan to do some consulting and maybe a couple of other things that may provide me the opportunity to continue to serve as an educator, leader or role model,” she said.

Still, there will be plenty of time for relaxing.

“I plan to travel often, spend more time with my family and friends and just enjoy life,” Hicks added.

“It has been a wonderful journey, and I will always be grateful for the opportunities to serve in Region 8 with so many outstanding educators, great students and many supportive parents and community members,” Hicks noted. “It has been an honor to serve as the first Black and first female superintendent in the history of Buckingham; it has been a very humbling experience.

She did have some advice for her successor.

“As the flight attendant says, ‘Put your oxygen mask on before you help someone else put theirs on.’ So, it is extremely important to take care of yourself so you can take care of others; and encourage self-care for all students, teachers, staff and administrators.”