9-year-old fought off COVID in ICU 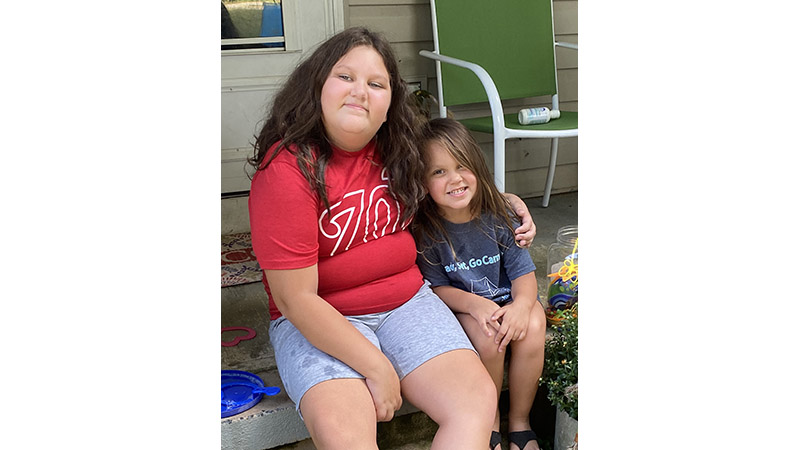 9-year-old Buckingham Elementary student Sage Gross was hospitalized for COVID-19 in August and hopes others will get vaccinated in order to avoid a similar scenario. Above, Sage, left, poses with younger sister Maya.

The hospitalization of a loved one for COVID-19 can be a terrifying situation. In 2020, it was uncommon to hear of younger people testing positive for the virus, let alone developing intense symptoms, but the summer of 2021 saw a dramatic increase in cases and hospitalizations for younger people.

Sage Gross, age 9, of Buckingham, was just one of the many children across the U.S. who required hospitalization this year due to the virus. Although she’s too young to get vaccinated, she hopes others will get inoculated in order to prevent the same situation from happening to them.

According to her grandmother, Vickie Grove, of Prince Edward, Sage is a fourth grader at Buckingham Elementary school. She loves her classes, is an honor student, and enjoys playing soccer and swimming in her free time. She also loves to spend time with her younger sister, Maya.

On Aug. 17, Sage developed a fever and stayed home from school. When her temperature refused to drop the next day, she was taken to her pediatrician. She later tested positive for COVID-19.

The news was frightening. Over the next several days, Sage isolated at home. At first, her only symptom was a remaining fever, but on Aug. 24, her symptoms grew worse. Suddenly, she could barely breathe. Even moving was difficult.

Sage was taken to Centra Southside Community Hospital in Farmville. According to Grove, it took hours to find a bed, and Sage was transported to Bon Secours St. Mary’s Hospital in Richmond by ambulance later that day.

As the 9-year-old’s heart rate and oxygen levels dropped, Sage was admitted to the hospitals’ ICU. She would remain in St. Mary’s respiratory unit for four days.

During Sage’s hospitalization, her mother remained with her the entire time except for a daily break, although she, too, would later test positive for COVID-19 on Aug. 27. Sage’s sister, Maya, was tested for the virus on Aug. 19, and the results thankfully came back negative. Sage’s grandmother also tested negative and was able to take off work to care for the younger children during the isolation period.

Sage’s hospitalization was a scary experience for the family. She required heavy oxygen, and while family members were aware of some risks such as the possibility of blood clots, how the virus would affect the fourth grader in the long term remained to be seen.

Gradually, Sage’s condition improved, and she finally left the hospital on Aug. 28.

Sage says she was not afraid of getting the virus prior to her encounter with COVID-19. She had no problems with wearing a face mask while in school or out in public. After missing three weeks of school, she is now back in class and has caught up with her schoolwork.

While her frightening experience is in the past, she still experiences the after effects of the virus, including short windedness and tiring easily.

Sage’s mother and grandmother have both been vaccinated against the virus. And while Sage is too young to get immunized against COVID-19, she knows what she would choose if given the opportunity.

“I would get vaccinated if I could,” she said.

Sage said she never wants to get the virus again and hopes others will protect themselves to avoid a similar scenario.

“Having COVID was not fun,” she stated. “I want everyone to vaccinate so they don’t get sick like me.” 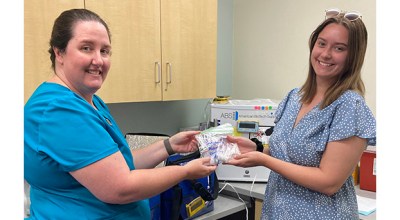