Prince Edward County is well known for its history as well as its citizens who give back to the community. Recently, a citizen named Bernetta Stiff Watkins celebrated her own historic milestone by announcing her retirement from social work after 44 years. 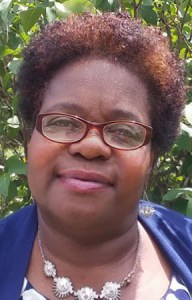 Watkins will retire next month from the Nottoway County Department of Social Services. The department provides for families and individuals in need with programs in which purposes range from finding employment and shelter to child and adult protective services.

When asked what memories she will take away from her career, Watkins stated, “The best memories will be of all the individuals, families and children that I encountered. I hopefully helped them make positive changes that made their lives better. This includes members of the community, families that the agency served as well as co-workers.”

Local school closures following the landmark Brown v. Board of Education Supreme Court case kept Watkins from starting school until age 10. As a result, her life and overall education have been influenced by perseverance and her family.

“Having parents, family and community members that stressed the importance of education and social activism that led to Brown v. Board of Education was part of the inspiration and the drive to obtain a quality education regardless of the circumstances,” she said.

After graduating high school on time, Watkins attended Norfolk State University. Like many young college graduates, she was not sure what path she wanted to take career wise.

She recalled, “…I was not sure what I wanted to do. Upon applying for and being hired as a social work trainee, I learned that social work was my ‘calling.’”

In her career, Watkins made her mark by working as the first African American social worker hired for the department in Nottoway.

When asked what it was like to be in her position, Watkins said, “I think my being the first African American social worker in the Nottoway Department of Social Services was a trailblazing experience. Both the staff and the community had to adapt with changes and become accustomed to the diversity.”

On the topic of diversity in the workplace, Watkins also mentioned, “Although, I did not experience extreme mistreatment, there were subtle incidents that could be described as race related.”

She started out as a social work trainee and will retire as the social work director of the Nottoway department.

Watkins also mentioned how her work ethic played a part in her job.

“As far as my work ethic, I was raised on a farm by hardworking parents that taught the importance of working to your fullest potential in order to experience maximum productivity. I have always aspired to practice these life lessons at the beginning and throughout my career.”

With about a month left before retiring, Watkins reflected on how she knew this was the time to retire.

“I have always said that I would know when the time had come. I believe in giving of your best but recognizing when it is time for someone else to serve.”

Originally from Prospect, Watkins will retire in Nottoway County. Her last day of work will be Sept. 30.