One man was arrested on Sunday after shooting into an occupied building, according to a press release from Prince Edward County Sheriff L.A. “Tony” Epps. 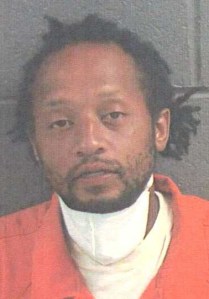 At approximately 5:50 p.m. Sunday, Aug. 29, deputies responded to a call regarding shots fired on Dungee Circle in the Prospect area. Deputies collected evidence and initiated an investigation upon arrival at the scene.

As a result of the investigation, Travonte Coles, 30, of Farmville, was arrested and charged with shooting into an occupied dwelling, possession of a firearm by a convicted felon, reckless handling of a firearm and two counts of destruction of property.

Coles is being held without bond at the Piedmont Regional Jail in Farmville.