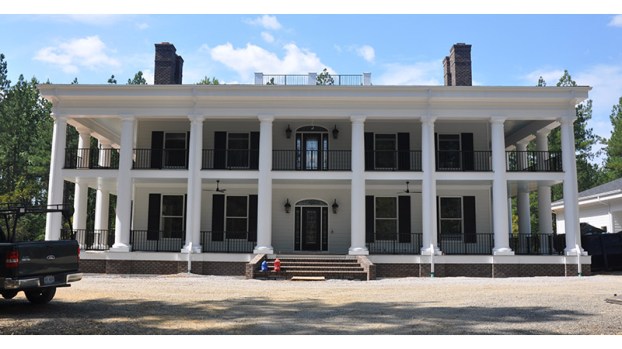 The Ferguson home is influenced by Louisiana’s Oak Alley, which appeared in the movie “Forrest Gump.” (Photo by Shannon Watkins) 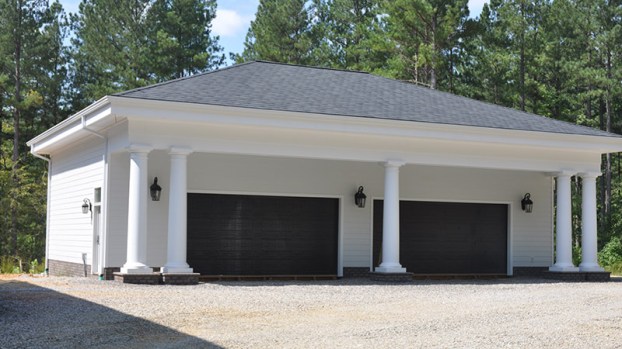 A detached garage was also built to go with the house. (Photo by Shannon Watkins) 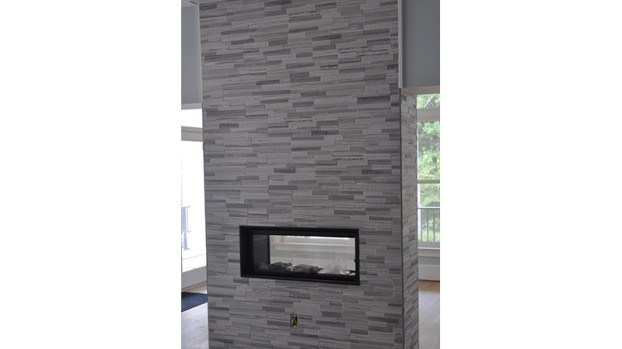 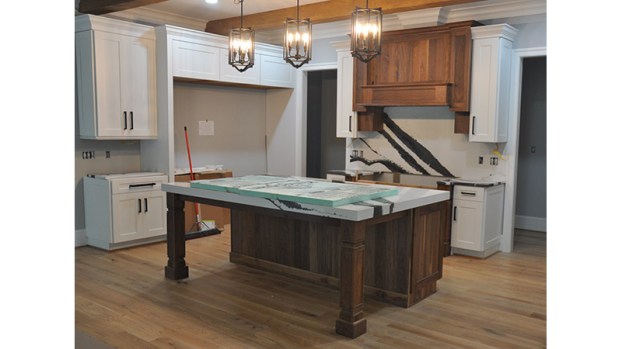 The kitchen, like the rest of the home, isn’t quite finished yet, but offers plenty of space. (Photo by Shannon Watkins)

Rodney Ferguson, a financier with ties to Prince Edward County, is moving here from Missouri. He and his wife, Kathy, are bringing a little bit of Mississippi River style — by way of Hollywood — with them.

Ferguson is building a large, private home on Farmville Road near Briery Lake; some thought it might be a hotel or hunting lodge. Those who have seen it as they passed by noticed that it’s very different from the usual Virginia style, which often has a more Colonial-era feel.

That’s because, Ferguson said, it’s influenced by a Louisiana home that made a film appearance.

“The inspiration for that design came from Louisiana, visiting a very good friend and colleague in Baton Rouge,” Ferguson said. “Oak Alley Plantation House, used in the film ‘Forrest Gump,’ was the home we modeled off of. The two wrap around porches are as distinctive as the columns.”

Ferguson and his wife, Kathy, worked on the plans together.

“The running joke in my family is I designed the outside but my wife designed the interior,” he said. “Very modern. However, we each had two ‘vetoes’ (on each other’s design ideas) and we used many more than two.”

The home will be their primary residence, Ferguson said; though they’re moving from St. Louis, Missouri, he doesn’t intend to retire early. “I love what I do,” he said, “and I look forward to the future, God willing.”

The future he envisions is part of circling back to the past.

“My father and my grandfather were born and raised in Farmville,” Ferguson said. “My father, John, or ‘Ferguson Junior’ took a job in Lynchburg and left the farm in Farmville when my sister and brother were born to support our family. I was actually born on the army base at Fort Lewis in Tacoma, Washington, as my dad was drafted into the army.”

Despite being raised mostly away from the area, Ferguson has lots of friends among his family members and warm feelings that prompted the move.

“One of my best friends is my first cousin, Timmy Hammock,” who lives nearby, Ferguson said. “His mother, Betty Hammock, is my father’s baby sister. My Aunt Ruby is the oldest, and Tubby Emmett Ferguson is my Uncle.” Living in Prince Edward County, along with lots of cousins, nieces and nephews, “It is quite a large family,” Ferguson said.

“My father worked for the Florsheim Shoe company. He was the regional manager. We went from Farmville to Lynchburg to Philadelphia, then to St. Louis, by then we were all in school,” Ferguson said. “He turned down the next transfer to San Francisco and settled in St. Louis, but every year we came back to Farmville on his vacation.”

Now, Ferguson says, he looks forward to having his two daughters and their sons, his grandchildren, visit from out of state.