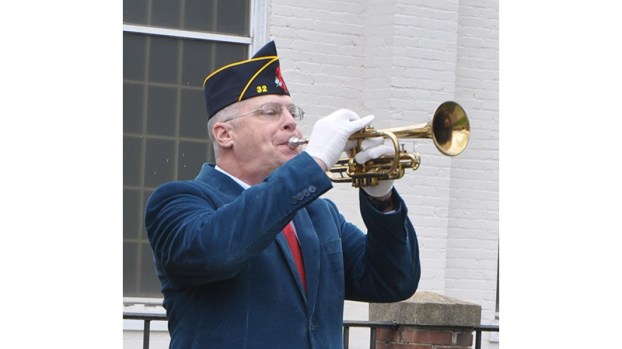 Craig Guthrie of the American Legion played “Taps” during the ceremony. (Photo by Shannon Watkins) 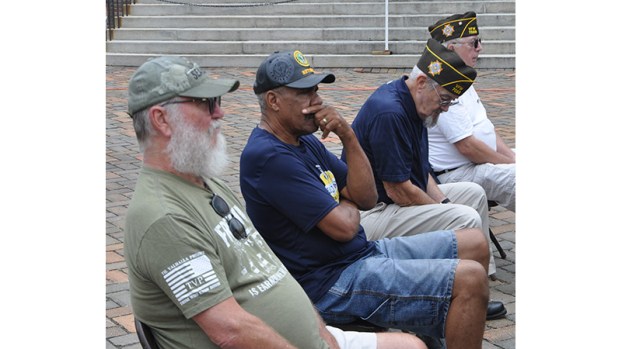 A small crowd turned out for the Farmville VFW Post 7059’s National POW/MIA Day ceremony on Friday outside the Prince Edward County Courthouse. Led by Post Commander Dean Lord, the ceremony offered prayer and a reading by Fred Hill about the symbols on the POW/MIA table, which was also present. The empty table honors and symbolizes soldiers from World War II onward who are still missing. Members of the VFW and the Farmville American Legion Post 32 were in attendance. “I cannot imagine the loss I would feel if my mother or father went off to war and did not return,” Lord said. Later, he explained that while not all Veterans of Foreign Wars posts observe the ceremony, “We do it every year.”