From the Ground Up: Late Summer in the Garden 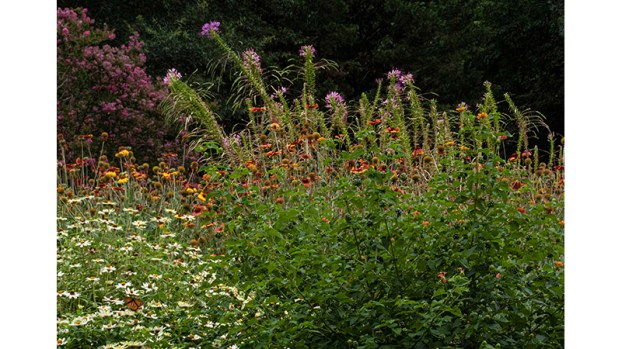 Cleomes at the back of the border offer both late season color and interesting seed pods. 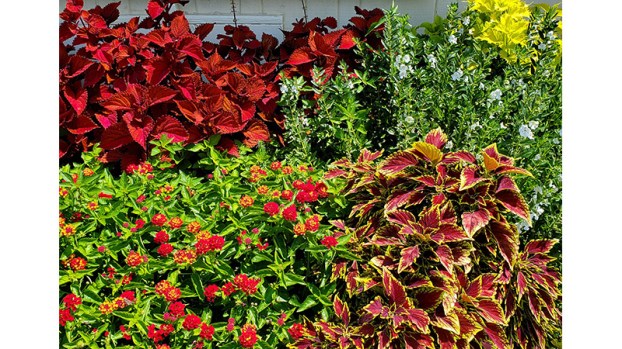 Coleus and lantanas add an intense tropical vibe to a garden. 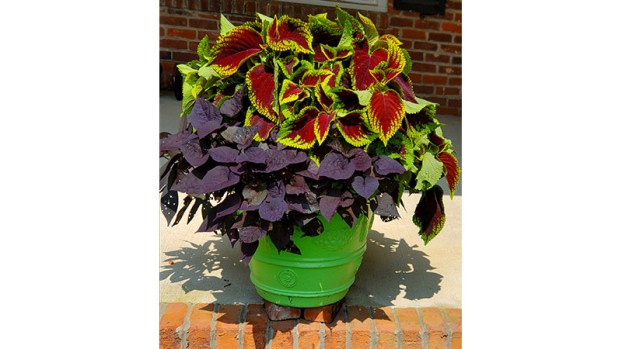 This homeowner has created a low maintenance container garden that is color coordinated with his front door. 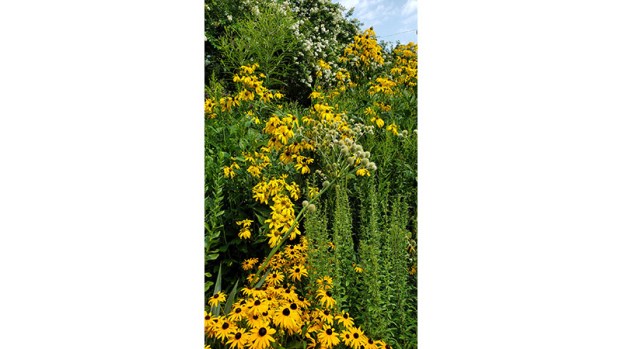 Rattlesnake master has a prickly, silvery texture that contrasts nicely with coneflowers and black-eyed Susans. 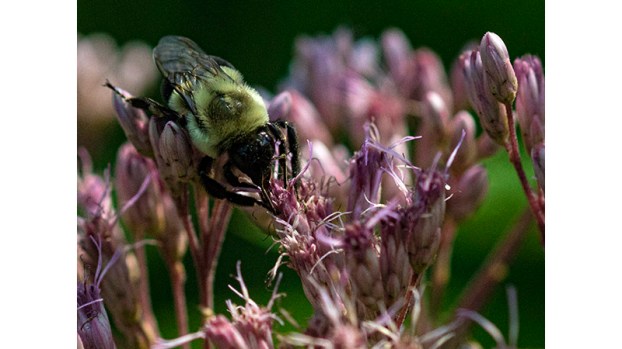 Joe Pye weed is easy to grow and is much loved by pollinators. 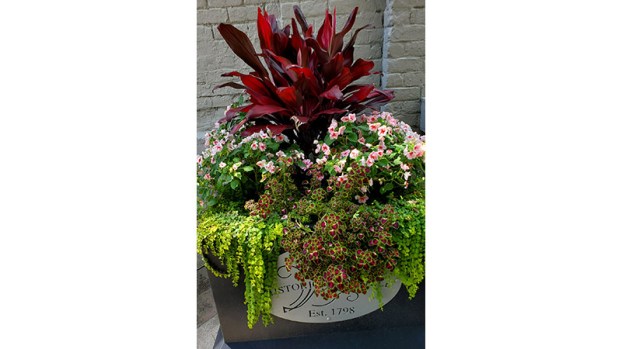 This container garden in downtown Farmville has the classic combination of thrillers, fillers, and spillers.

When the dog days of summer set in, most gardeners and their plants just quit. The humans are exhausted and can’t stand the heat and humidity. The plants are tired too — crunchy around the edges with fewer flowers.

Nevertheless, the gardening season in our area is getting longer, and there are ways to keep our gardens looking their best up until late fall. What to do? One of the simplest and most important tasks for a gardener is to deadhead spent flowers and seed heads as soon as they appear. In fact, the goal is to prevent seed heads from appearing since they signal to plants that it’s time to stop blooming and shut down for the season.

The Chelsea chop is another way to prolong the bloom season. Just cut plants back by half in late April or early May, and they will be shorter and sturdier and will flower several weeks later than usual. By cutting back part of a spring planting at one week intervals, it’s possible to prolong the bloom period for up to a month. Another approach is to lop off just part of individual plants.

Plants bloom longer and look less stressed when they have sufficient moisture. Apply plenty of mulch when setting out plants in spring and then water them regularly during the hottest, driest part of the summer.

And then, finally, the type of plant selected for a late season garden is important. Be sure to choose heat-tolerant plants. Try mixing in some tropicals, such as elephant’s ears, cannas and aechmeas. The elephant’s ears and aechmeas have interesting foliage colors and textures, while the cannas have vivid blooms. Coleus are another option for adding vivid, sometimes even shocking, combinations of colors. Newer varieties are also more tolerant of full sun than older ones. Cleomes are a great choice for the back of the perennial border where they add height, color and texture. So are perennial hibiscus. Autumn Joy sedum, lantana and plumbago are all great choices for the front of a planting. The sedum is attractive even after the flowerheads fade, while the lantana attracts many pollinators and will bloom until frost. The clear, sky blue of plumbago adds a cooling note to all the other hot, fiery colors so typical of late summer.

Native plants are also useful in prolonging the gardening season and will provide much-needed support for pollinators. Large flowered purple asters make a tall, bold display and only begin to bloom in mid to late August. Small white asters and white wood asters are less dramatic but help fill in the front and middle of the perennial border. Both ironweed and Joe Pye weed are extra tall, tough plants that add interest to the back of the border. In addition, there are shorter cultivars of Joe Pye weed available that can be mixed throughout the garden. Rattlesnake master adds texture to the late season garden. It has silvery foliage that resembles that of yucca and spherical inflorescences of tiny, whitish flowers that develop into seed heads that remain attractive all winter. And don’t forget to include some goldenrods, especially stiff goldenrod, which grows very tall and has early leaves that look like a prehistoric spinach.

Late summer gardens don’t require massive amounts of work, just some planning and a little ongoing attention. Early morning walks through the garden get the day off to a slow, meditative start and get deadheading done too. Happy gardening.