Holland, originally from Coatesville, Pennsylvania, began her new employment with the county Aug. 1. 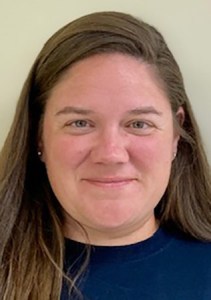 Davis noted Holland’s new position with the county comes during a time of rapid expansion and development in the department. Late last year, the county assumed control of the rescue squad, and as of Sept. 1, all Buckingham EMS staff are now county employees.

Holland joins Buckingham with a long history in the medical field. She graduated from Mary Baldwin College with a bachelor’s in business administration and marketing management and earned her master’s in emergency management and fire science from Anna Maria College in Boston.

Holland spent 12 years employed with Chesterfield County as a firefighter and community paramedic. From November of 2020 to August 2021, she served as a lead community paramedic at Centra Southside Community Hospital in Farmville. Holland has volunteered for seven years with the Toga Volunteer Fire Department and currently serves as the group’s treasurer.

Sunday, Sept. 26, Holland noted her responsibilities in her new position with the county will include planning and preparing the county for major disaster response as well as emergencies that require coordinated responses between different agencies and/or counties. Holland will assist with the EMS side of emergency services as a paramedic and will manage the county’s E911 system in addition to maintaining and updating Buckingham’s Emergency Operation Plan (EOP.)

“This position has been a career goal of mine since becoming a firefighter,” Holland said Sunday, “and I could not be more honored to be able to serve Buckingham County in this capacity.”