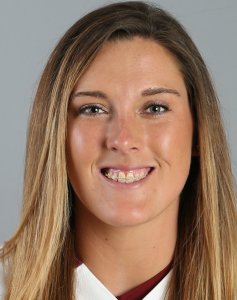 At Longwood, the three-time All-ACC selection Dreswick will reunite with Brown, who helped develop her into one of the ACC’s top hurlers at Boston College from 2016-18.

Dreswick’s foray back into college softball follows an international playing career that saw her play championship-level softball on two continents following her graduation from Boston College in 2018. She pitched for clubs in the Czech Republic, Italy and South Australia, won the Italian National Championship in 2019, reached the Australian National final in 2020 and coached high school-aged players during the offseason.

With the Lancers, Dreswick joins Brown and assistant coach Jo Koons in leading a Longwood program that has won five of the past eight Big South championships and is the league’s winningest program since joining the conference in 2013.

“We are so excited to welcome Jessica Dreswick to our coaching staff and the Lancer family,” Brown said. “It is always a special time in one’s career when things come full circle and you have the privilege of working with someone you coached. Coach Dreswick brings a wealth of experience in the areas of pitching and high-level softball that aligns with the mission and vision of our team.”

Brown coached Dreswick at Boston College for the final three years of her collegiate career and helped her develop into one of the ACC’s best pitchers and one of the top players in Boston College softball history. Dreswick was named to the All-ACC and NFCA All-Region teams every year under Brown’s tutelage and went on to set Boston College records for wins (59), walks allowed per seven innings (2.07) and innings pitched (675.1).

“I am incredibly grateful for the opportunity to join the Longwood family and to work with Coach Brown again,” Dreswick said. “I credit much of my success as a pitcher at Boston College and abroad to her dedication and belief in me. It is an honor to now be coaching alongside her, as well as Coach (Jo) Koons. They are two of the best in the country, and I am very humbled to be a part of the team. Longwood softball is a special program, and I am grateful to be able to contribute to its winning culture.”

Dreswick’s transformation into one of the ACC’s best included a significant increase in velocity that has become a hallmark of pitchers under Brown’s mentorship. Jumping from 63 miles per hour as a sophomore to 70 as a senior, Dreswick and her power arm carried the Eagles to a third-place ACC finish in 2017 and a second-place Atlantic Division result in 2018.

For her career, Dreswick posted a 59-38 record, a 2.64 ERA and 472 strikeouts in 675.1 innings – all among the top 10 in Boston College history. As a senior, she went 18-11 with a 2.43 ERA and won 62% of Boston College’s games, propelling the Eagles to a second straight 30-win season. She also holds Boston College’s single-season records for wins (22) and starts (39), which she achieved during her All-ACC first-team performance as a junior.

Dreswick also etched her name in the Boston College history books by throwing the program’s first-ever perfect game as a senior and the program’s first ACC no-hitter as a sophomore. That perfect game was a five-inning gem against ACC rival Virginia that included seven strikeouts and only 57 pitches. Her no-hitter in 2016 came against another ACC rival, NC State, in a full seven-inning effort that included six strikeouts.

Dreswick has also gained a wealth of coaching experience since her days as a collegian, mentoring athletes from middle through high school since 2014. Most recently, she was an assistant coach at Hunterdon Central Regional High School in Flemington, New Jersey for the 2020-21 season and has also coached with the South Australia Softball Developmental program, the New Jersey Pride and Saint Peters Middle School in Adelaide, Australia.

A native of Flemington, New Jersey, Dreswick graduated from Boston College with a bachelor of arts in communication. She was a member of the Student Athlete Advisory Committee (SAAC) and also volunteered with numerous community service projects, including the Wounded Warrior Project and Athletes for Autism.