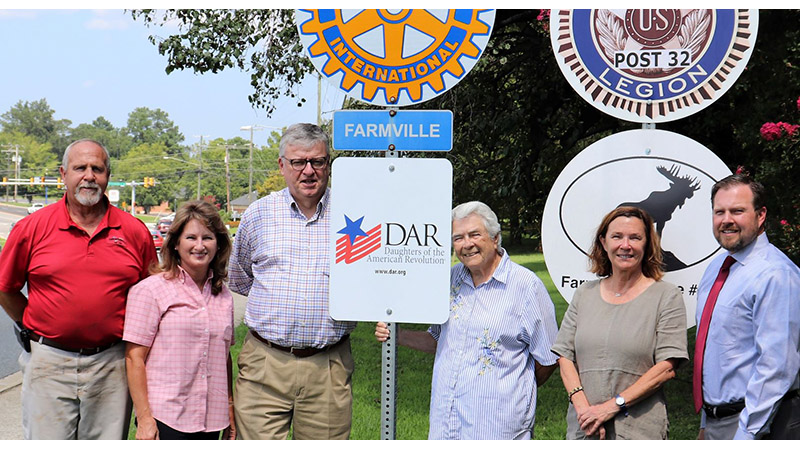 The first chapter of the Daughters of the Revolution in Farmville was formed in 1925 – 35 years after the national society was established and almost 150 years after the end of the Revolution. Current members of the Judith Randolph-Longwood Chapter have proclaimed the existence of this iconic organization by erecting, with the town’s blessing, an official DAR sign at all four entrances to the town. The signs are located just below the Lions and Rotary signs, close to the VFW and American Legion and right next to Farmville Moose Lodge #968.