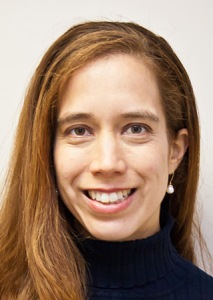 Almond will inherit the role from Acting Piedmont Health District Director Dr. Sulola Adekoya who temporarily served as the district’s health director after the retirement of Dr. H. Robert Nash in February of this year.

Born and raised in West Virginia, Almond has been serving as a psychiatrist for Centra Medical Group in Farmville since 2015. She also serves as a current member of the Virginia State Advisory Committee to the U.S. Commission on Civil Rights.

Almond attended Harvard Medical School and received her master of public health from the University of North Carolina. She received psychiatric training at Duke University Medical Center and was an inaugural Duke Global Health Fellow, spending time in Moshi, Tanzania where she performed research on collective efficacy and its effects on mental health.

Before coming to Farmville in 2015, Almond served on faculty with the University of Michigan’s Department of Psychiatry where she worked as the clinical director for the Psych-Oncology Clinic as well as on staff with Counseling and Psychological Services for university students.

In a Thursday, Sept. 9, interview, Almond noted she comes from a long line of doctors. Her grandfather was a rural country doctor of West Virginia, and she grew up hearing stories of his house calls performed up and down the mountains. Her father was certified in family medicine and psychiatry, and her mother was a pediatrician.

Almond said her time spent working in Farmville has allowed her to learn all about the community and the unique perspectives of its residents.

“I love the one-on-one interactions,” she noted.

And while she has immensely enjoyed her time with Centra, Almond hopes to be able to take on this vital role during the COVID-19 pandemic by using her experience in the twin fields of public and mental health.

“I found myself really envisioning a different role for myself in the community, and using that unique perspective as a psychiatrist to the benefit of the community in a wider lens of advocacy and support,” she said.

A mother of two Prince Edward County Elementary School students, Almond has an existing relationship with the local medical system and hopes to help combat the COVID-19 pandemic and its effects on the community, especially the mental toll the global health crisis has taken on residents.

“We have to get more shots in arms,” she noted.

Almond highlighted increasing access to COVID-19 testing is also a huge priority in combating the virus.

“We have to make it an easy choice for people to make,” she said.

According to VDH, after Oct. 9, Adekoya will return to her role as the community health services medical director.

“We are excited to have Dr. Almond join our team,” Adekoya was quoted in a VDH release earlier this month. “As a practicing psychiatrist in the area, she will bring a community wellness perspective to the Piedmont Health District.”

On Thursday, Almond expressed her enthusiasm in joining the health district’s dynamic team, especially at such an important time in the history of medicine.

“I am very excited to join the effort,” she said.