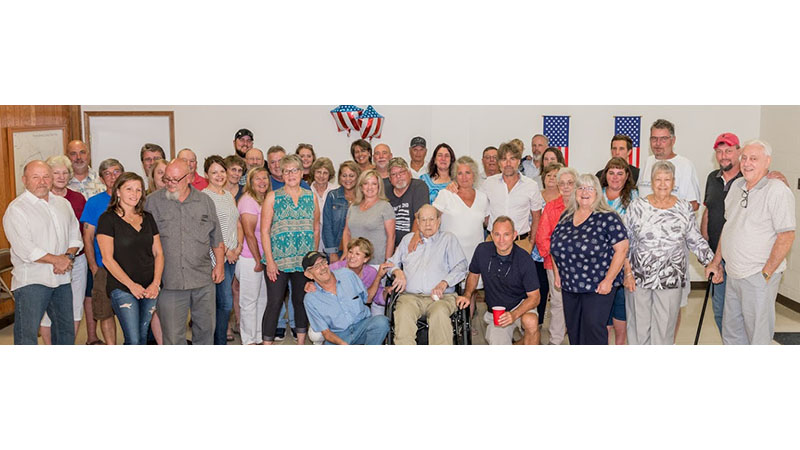 Family and friends celebrated U.S. Navy World War II veteran Hobert Lewis’ 96th birthday Saturday, Aug. 7 at Darlington Heights Fire Department. Lewis fought the war on the destroyer escort USS Elden in most major battles from Tarawa to Iwo Jima, where he witnessed the raising of the American flag on Mount Suribachi after the island was retaken from the Japanese by American troops Feb. 23 of 1945. Lewis is a decorated veteran and was on board one of the first ships to ferry soldiers under heavy artillery fire to the beaches of Iwo Jima and many other battle sites in the Pacific. Lewis and his late wife, Kathleen, raised their children and their well-known black labs while farming in the Abilene/Darlington Heights neighborhood. (Send “Way to Go!” photos with a description and names to WayToGo@FarmvilleHerald.com.)

Letter to the Editor — Your work is appreciated