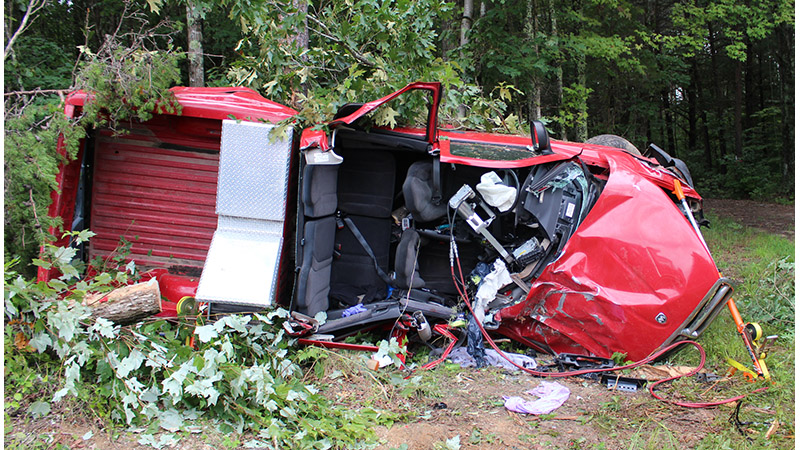 Two occupants were pinned inside this truck during a single-vehicle crash in Cumberland. (Photo courtesy of Dan Pempel)

Two individuals were injured in a serious single-vehicle crash Sunday in Cumberland.

According to Cumberland Volunteer Fire Department (CVFD) officials, at 3:56 p.m. firefighters were dispatched to the 300 block of Meador Road for a report of a vehicle that had crashed into a tree.

While enroute, crews were notified there were two individuals pinned inside of the vehicle, prompting firefighters to request additional manpower from Cartersville Volunteer Fire Department.

After arriving at the scene, crews found a pickup truck on its side with two occupants inside. After stabilizing the truck, firefighters worked to extricate the occupants who were both transported to the hospital by Cumberland EMS.

Crews operated on scene for three hours before returning to service. Rescue 21 and Engine 24 responded to the accident.