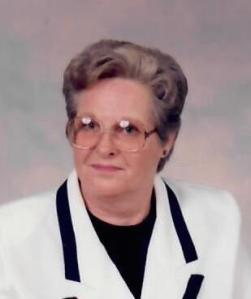 Sue Virginia Senger Wooten, of Enonville, entered heaven peacefully on Tuesday, Aug. 24, at Dillwyn. She was born in a blizzard on Jan. 27, 1940, to the late Thomas Massey Senger Jr. and Mary Alice Kidd Senger.

She served as the Postmaster of Buckingham, until her retirement in 2004. Prior to working for the post office, she was a teacher’s aide in the Buckingham County Schools. She was a lifelong member of New Store Presbyterian Church.

She was preceded in death by a brother, Thomas Massey Senger Jr.

Graveside services were held at New Store Presbyterian Church on Aug. 28. The family appreciates the loving care that she received at Heritage Hall Nursing Home in the last weeks of her life as well as the care provided by Bon Secour’s Hospice during the time she was at her daughter’s home.

Memorial contributions may be made to New Store Presbyterian Church. All in attendance were asked to wear masks.

Dunkum Funeral Home, Dillwyn was in charge of arrangements.