A Keysville man arrested in Prince Edward is now awaiting trial after receiving charges for drug possession and speeding. 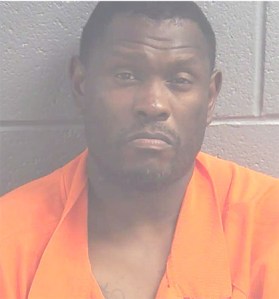 The vehicle, driven by Keysville resident John Jerome McCargo, was stopped for driving at a high rate of speed.

Prince Edward Sheriff’s Office K-19 Unit and a Farmville police officer assisted with the traffic stop. During the stop, methamphetamines and other drugs/drug paraphernalia were recovered.

McCargo was arrested and charged with speeding, felony possession of a schedule I or II controlled substance and misdemeanor possession of controlled drug paraphernalia. He has since been released on bond and is awaiting trial.

McCargo was drafted in the first round of the 2006 NFL draft by the Buffalo Bills as a defensive tackle. A Randolph-Henry High graduate, McCargo played college football at N.C. State.