After distributing thousands of dollars to area nonprofits for more than 50 years, the Prince Edward County United Way is no more.

The organization’s board of directors made the decision to close in May after taking some time to consider the United Way’s role in the community.

“We are literally doing the last work with accountants and then shutting down the entity with the state,” United Way President Rucker Snead said Tuesday, June 29. He said shutting down Prince Edward’s operation was much simpler than other United Ways he has talked to that have staff, property and endowments to deal with. 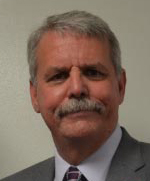 “One of the things that led to our demise is the individual nonprofits actually have it easier now with raising money because of social media. They can literally run their own campaigns and focus it around their particular mission,” Snead said. “Most of our partners, the money they were getting from us was just a supplement. It wasn’t a primary source of their budget.”

Snead said the vacuum the United Way leaves is as a coordinator of nonprofit fundraisers. He said the organization helped make sure two organizations weren’t selling Vera Bradley products at the same time.

The United Way’s signature fundraiser the past several years has been the Duck Derby. Canceled last spring due to COVID, Snead said Piedmont Senior Resources (PSR) will be taking over the event. Snead said the event ties in with PSRs Kentucky Derby party.

Snead said Prince Edward’s story with the United Way is being repeated across the country as United Ways look to merge into more regional organizations to share resources, leaving rural areas without a dedicated organization tied to their community.

“We are just kind of fading into part of the history now,” Snead said.