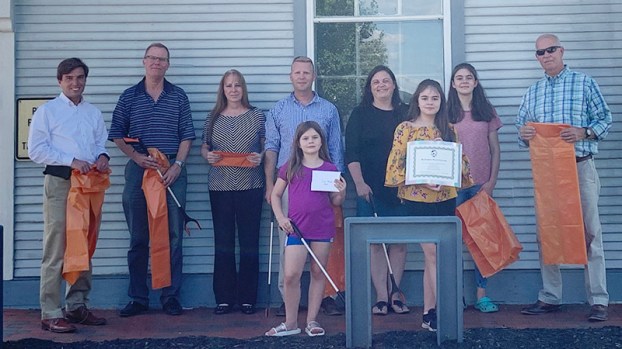 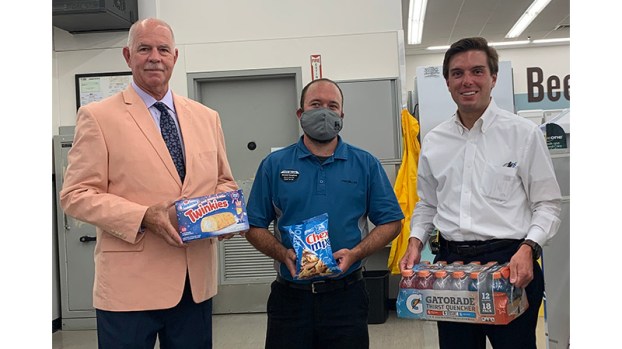 The third-place winner of the 2021 Litter Spring Clean Up, held by the Buckingham Anti-Litter Task Force was Shawn Miller.

The Buckingham County Anti-Litter Task Force recently presented awards and certificates of appreciation to county businesses and individuals from the 2021 Spring Litter Cleanup.

The first-place award went to Saint Thomas Aquinas Seminary, whose students collected 179 bags of trash. Buckingham Branch Railroad was named the second-place winner. Shawn Miller was named the third-place winner in the 2021 Spring Clean Up held by the task force. Recent presentations were made to both entities.

There were three prizes for the most bags of trash collected. The first place winner earned $300, second place got $200 and third place won $100. There were 13 entrants in the contest.

Food Lion, located in Dillwyn, was also recognized and thanked for donating food for the celebration event recognizing the winners.

“Thanks to the great volunteerism and work ethic of the people of Buckingham, more than 260 bags of litter were collected during our revived Spring Clean Up,” Thomas Jordan Miles III, who serves as District Four Supervisor on the Buckingham County Board of Supervisors, and on the Anti-Litter Task Force, said. “Also, we now have two new members, Casey Davis and Brother George Deans of St. Thomas Aqunias Seminary, to add to our leadership team. We know in the next pickup we can do more with the community’s support.”