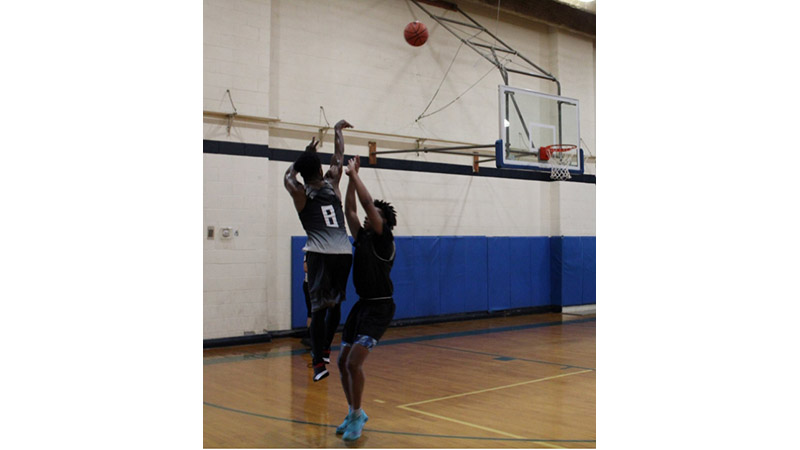 The majority of players on the Titan roster have some college basketball experience.

Frustrated with his experience of being a player on semi-pro basketball teams, D’Juan Wilburn and his brother Robert decided to begin their own team for area players.

“I decided at the end of last year to create a semi-pro basketball team for the 434 area so the kids can have a professional outlet. They can get the experience and learn how the business works,” D’Juan Wilburn said.

The former Prince Edward High School player from 2008 to 2011 said he really wanted to start the team in 2017 but the Cumberland gym was not available. The team currently plays at the old Cumberland High School gym.

It was the frustration of just being a player on a semi-pro basketball team with shaky business models that led Wilburn and his brother to start their own venture.

“The business part of the team wasn’t solid enough for their programs to keep going, so a lot of the teams we were trying to deal with were ending their programs, and we were spending a lot of money traveling from state to state,” Wilburn said.

The team has played two games so far. Both teams coming to Cumberland are members of the East Coast Basketball League. The cost of admission is $5 per person. Kids 13 and under are by donation only.

The nickname of Titans pays homage to the first semi-pro team Wilburn played for in 2014, the Lynchburg Titans.

The season for the Titans concludes with a tournament in Greenville, South Carolina at the end of July.

Wilburn said the players on the Virginia Titans mostly have some college basketball experience. Amont’e Vaughn played in the ABA (American Basketball Association) with Wilburn in 2019.

“I actually knew seven or eight of the guys,” Wilburn said of how he built the roster. “The other three were brought on by the team. We all agreed on a big man and two guys to play on the wings.”

D’Juan and Robert both played basketball in El Salvador in 2016.

“it was actually a great experience, honestly,” D’Juan Wilburn said of his time in El Salvador. “Being away from home and just focusing on the game of basketball and learning while networking within the communities that we were in was great. The people that were there showed us a lot of love. We were well taken care of. We were able to play some great basketball and build some wonderful connections.”

D’Juan Wilburn is working on another trip to Central America soon to showcase some of the players on the Titans team to owners and scouts in the region.

“Personally, my idea for the team was to create the platform so that the guys can build up their (video) footage, work on being professional and shop themselves to international teams,” Wilburn said.