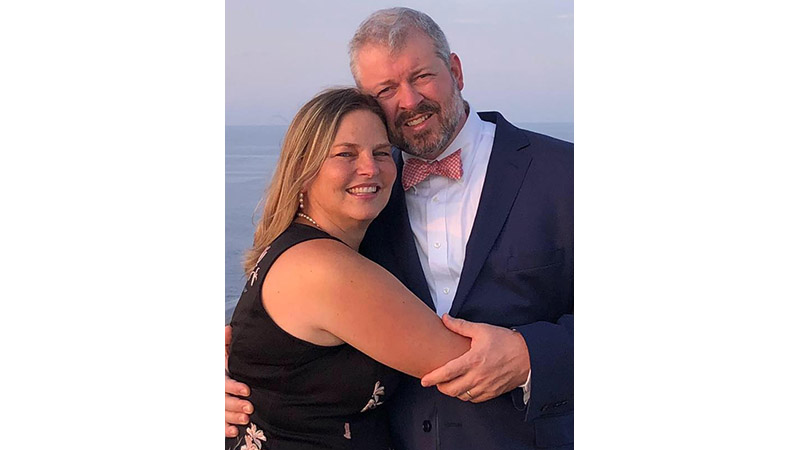 Known for his role as pastor at Farmville Presbyterian Church (FPC), Rev. Dr. Peter Smith has gained a new, unusual title as one of the first breakthrough COVID-19 cases in the Piedmont Health District and the first known encounter of the delta variant in the area.

Smith and his family, all fully vaccinated against COVID-19, tested positive for the virus and the delta variant earlier this month. For Smith, the experience has been a stark reminder that the pandemic is indeed ongoing.

When Smith came on as pastor at FPC in the summer of last year, churches were just starting to be able to hold small, in-person services again. As the church juggled putting into place health and social distancing measures and online services through Facebook and YouTube, Smith was meeting church members for the first time. Now, over a year later, this is still a regular occurrence.

“I’m still meeting people for the first time, even though I’ve been here now for over a year, who are just now coming out because of COVID,” Smith said during a Tuesday, July 27, interview. “And there are some church members that still have not come and may not come because of COVID. I don’t know if I’ll ever see them here.”

The coronavirus pandemic frightened many people, churchgoers included. As Smith became familiar with the congregation, much of his time in the role of a community faith leader was spent helping people to feel confidence God was still walking with them even during such an uncertain time.

All the while, individuals waited with bated breath for the vaccine to arrive.

“Everybody was waiting for the vaccine,” Smith noted.

As time passed, immunization became available to elders, and eventually, the general public. Smith said a vast majority of the congregation chose to get the vaccine. It was a comfort to many.

“We felt a collective sigh of relief once they were able to start getting those,” he said of the immunizations.

Smith and his peers were hoping, like many, that the world was moving past the pandemic as cases plummeted and the vaccine did its job. After getting vaccinated, Smith knew his chances of contracting the virus were low. Low, but not zero.

After returning from the hospital, the father-in-law became very ill, and the vacation was cut short. During the first week of July, he returned to his home in Nottoway County where the Smiths also live.

It was during this time that Smith’s wife, Anne, went to visit her father and tend to him during his ailment. After a few days, one by one, other family members started to grow ill.

After a doctor recommended testing for COVID-19, Smith’s father-in-law, Smith’s wife and several others tested positive.

“It had already gone through the whole family,” he said.

Although he never experienced as much as a headache, Smith felt obligated to get tested as well. By the end of the week, he and five other family members had tested positive, each of whom were already fully vaccinated against the virus with the Moderna vaccine.

Doctors, Smith said, told him and his family they were the first “breakthrough” cases in the area. A breakthrough case is a term for a case in which a fully vaccinated individual tests positive for COVID-19.

“The health department was saying nobody in the whole district had had that. Nobody who had been vaccinated had also gotten COVID,” Smith said. “All of us were vaccinated, and all of us got COVID.”

It would be more than a week before Smith learned he and his family were also the first known cases in the Piedmont Health District of the delta variant, a highly virulent variation of COVID-19.

Smith had heard from many individuals that believed the vaccine would leave them 100% immune from the virus. His own brother, who lives in Florida and received the Johnson and Johnson vaccine, also tested positive for COVID-19.

After their tests came back positive, Smith and his wife had to quarantine for one week, as did their two daughters who live at home and, thankfully, did not test positive. This was a stressful time. As Smith could not perform in-person worship services, Sunday service was canceled for the week. Other family members couldn’t work and missed out on pay, and all the while, Smith and his wife worried about passing the virus along to their children.

Smith said while he knew the vaccine was mostly supposed to protect individuals from getting seriously ill, being hospitalized or dying from COVID-19, he did feel fairly protected and was comfortable not wearing a mask or being around others.

“I felt pretty safe and comfortable after I was vaccinated,” he noted. “There was always the chance, but we weren’t hearing about cases in our area.”

He couldn’t have imagined a run-in with the virus would be so near in his future, especially as one of the first sightings of the delta variant in the health district.

“It’s certainly not something you want to be known for,” he said.

The congregation, Smith said, has been very supportive throughout the process, and while he didn’t necessarily feel much pressure to talk to the congregation and others about the risks of contracting COVID even with a vaccine, it’s something that’s at the forefront of his mind now.

“I feel like because of this exposure, this situation, I have to be more outspoken, encouraging people to take it seriously and realizing that ‘vaccinated’ does not equal ‘protected.’”

Smith said he feels it’s important people who have not yet been vaccinated consider getting the vaccine. And while it may frighten some to see vaccinated people get the virus, he believes it was the vaccine that kept his family’s encounter with COVID from turning deadly.

“I actually firmly believe that if my father-in-law had not been vaccinated, he would not have survived,” Smith said.

His wife is still recovering from her bout with the virus, and Smith believes it’s likely she could have required hospitalization had she not received her shot.

“She’s still dealing with problems. She still has a cough that she can’t shake.”

Having now returned to church in person, Smith believes it is important for people to continue to listen to current recommendations by health professionals. He feels there is anger in the air as people grapple with a sense of helplessness and a loss of control due to the pandemic, and he hopes the community will come together to care for one another and recognize the common humanity that makes each life precious.

And while many were hoping the coronavirus was out of our hair, he admits it may take some patience before normalcy returns.

“I think it’s a matter of time before we come back to that.” 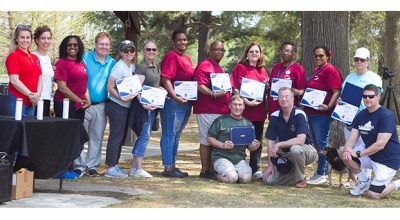