Johnson changes careers to save lives 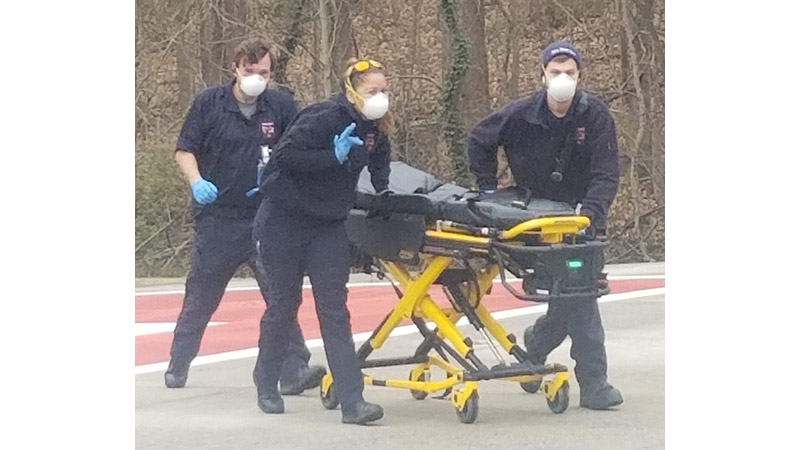 Steven Huff, Gabby Wooten and Johnson, right, load a patient into a Virginia State Police Medflight helicopter. The flight was transporting the patient to a Richmond area hospital for a higher level of care.

In addition to giving CPR and using a defibrillator to bring people back to life, the Prince Edward Volunteer Rescue Squad’s Volunteer of the Year can also read a balance sheet or explain the Black Motor formula.

Originally from Cape Charles on the Eastern Shore, Jason Johnson came to Farmville to learn to be an accountant at Longwood University. He graduated with a Bachelor of Science in business administration with a concentration in finance and accounting. But it turned out that wasn’t what he wanted to do.

“I worked in the accounting field and found I didn’t enjoy it as much, did some ride alongs at PEVRS and decided I wanted to pursue EMS as a career in January of 2020, right before COVID hit,” Johnson said. 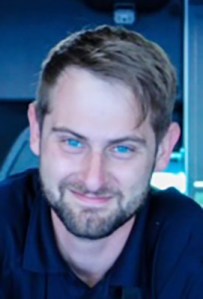 Johnson joined the Prince Edward County Rescue Squad at a time when everything was quickly changing. Masks that had once been reserved for only the sickest of patients became as common as pants. At the height of COVID, the 12-hour daytime crew and the 24-hour daytime crew were housed at different locations to minimize the risk of COVID exposure.

“That was the most difficult time,” Johnson said. “Your crews are your family, and when we went to not seeing people on a regular basis, it seemed as if morale decreased during that brief period,” Johnson said.

Johnson said it was hard to watch as hospitals became overwhelmed with a combination of COVID patients and traditional emergencies.

Despite the COVID crisis, Johnson has found the satisfaction in his job that originally led him to turn in his calculator and Excel spreadsheet for a gurney and an oxygen mask.

“My hands down, favorite part of the job is parade season,” Johnson said. He said anytime a kid expresses interest in a fire truck or an ambulance or wants to play with the lights or sirens, that makes his day. He said he also enjoys interacting with new volunteers and EMT students.

“Seeing fresh, eager, new faces with a desire to learn is amazing,” he said.

Johnson said the bad calls still get to him, but he finds great support from his grandmother and mother.

“Most of the qualities that I believe make me a good EMS provider and good employee were instilled in me at a young age by both of those ladies,” he said.

Johnson said his mother is his best friend. He calls her daily to “debrief” from work.

Johnson said the formula to be a solid community member is simple.

“I believe all it takes is ambition to do good in your community, spread positivity wherever you can and help people when possible.”