Cumberland County Administrator Don Unmussig will be leave his position with the county at the end of the month for a job with the Virginia Department of Military Affairs.

The news marks the third administrator change in the Farmville area in less than a year. 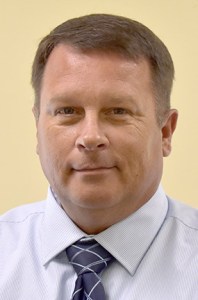 Unmussig, who succeeded Vivian Seay Giles, began his position as county administrator for Cumberland County in July of 2019 before resigning two months later due to health issues. When a brand new board of supervisors was elected to the county during the Nov. 2019 elections, the incoming supervisors announced they would reinstate Unmussig, who officials believed could provide direction and leadership to a board of brand new faces.

Wednesday, July 21, Unmussig confirmed he would be leaving his position with the county at the end of the month.

“I have accepted a position with the Virginia Department of Military Affairs, which is the state agency that is also the Virginia National Guard,” Unmussig said. “I served there from 1983 to 2019 in uniform, and now I will be returning as a civilian state employee.”

Cumberland Board of Supervisors Chair and District 1 Supervisor Brian Stanley said Wednesday the county was made aware of Unmussig’s departure from the position earlier in the week.

“We’re ready to implement that plan, so we should have a seamless transition,” he said.

When asked about his proudest accomplishments during his time with the county, Unmussig said he was proud of the work done by himself and County Finance Director Jennifer Crews on county budgets and the recent move to bring tax rates down, a trend he believes should continue.

“We cleaned up several outdated ordinances and also developed a new solar ordinance with the planning commission that was approved by the board that ranks as one of the best among our peer counties,” Unmussig said. “I am especially proud that we were able to restructure the fire and EMS department, and it is now better organized and working as a team.  I am completely confident that Cumberland Fire and EMS and our three volunteer fire companies are headed in a great direction, and they all give excellent service to our citizens and the county as a whole.  I am excited that we have been able to develop relationships with several benefactors that have contributed $350,000 for us to design and build three parks in the future for the citizens, one in the south, one central and one in the north.”

Unmussig said he is perhaps most proud of the elaborate training and familiarization process the county implemented for the new board so that supervisors could hit the ground running.

“It was the right thing to do, and it was successful,” he said. “I provide my supervisors the most concise information I can on all board actions and agenda items to ensure they have the right information to make the right decisions.  Transparency is important to our board as well as to the citizens, and I think we are keeping that at the forefront of all our actions.  The county employees I worked with are all capable, dedicated people, and I am proud to have served with them over the past two years.  I feel that I am leaving (the) county administration (position) better than I found it, and I am sure that the policies and processes that have been put into place while I was there will enable the county to continue moving forward in a direction that will better serve the citizens in the future.”

“We’re very sorry to see Mr. Unmussig leave, and he will be greatly missed. He’s a good man,” Stanley said. “… Morale has never been higher in the county, and we’re just very fortunate, I think, that we have an unprecedented positive future in Cumberland County.” 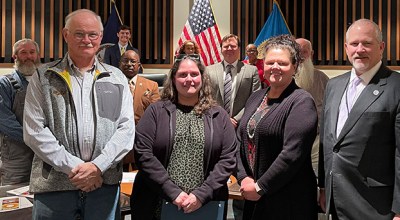