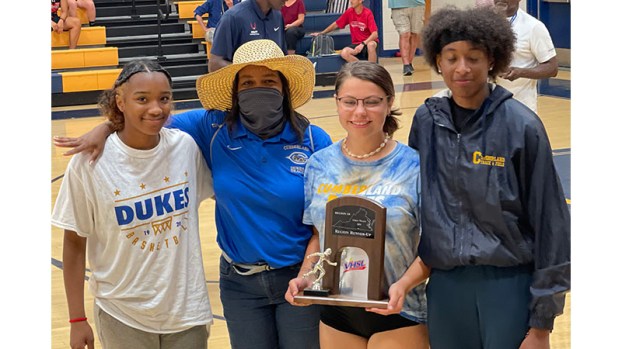 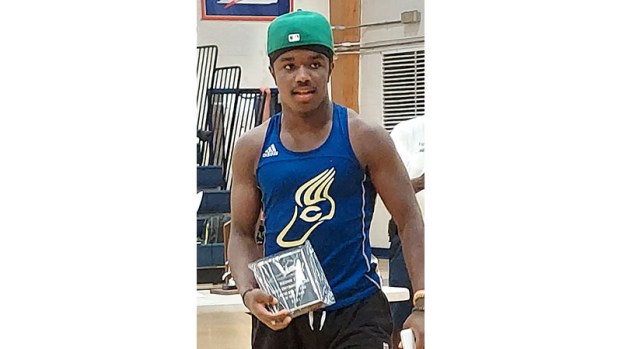 Nasir McDonald receives the male Athlete of the Year honor. 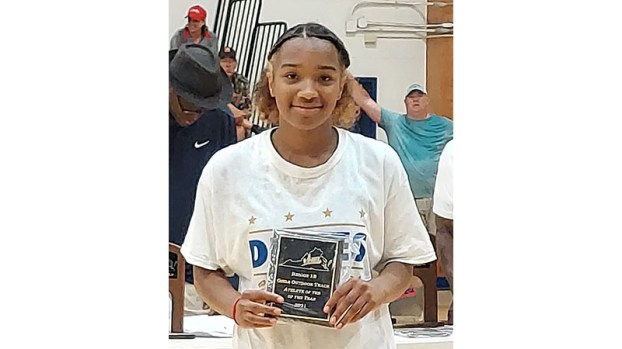 Nalonda Henderson of Cumberland holds the 2021 Athlete of Year plaque.

The Cumberland girls and boys track teams finished in the top three at the VHSL 1A-B Region Track and Field Championships Wednesday, June 9.

The Dukes four-person girls squad was runner-ups in the regionals and the four-person boys team finished third.

McDonald and Henderson, who are an athletic brother/sister combo were both named the Region B male and female athletes of the year.

The Dukes and Lady Dukes will advance to the VHSL 1A State Track and Field Championships at James Madison University Friday, June 18.