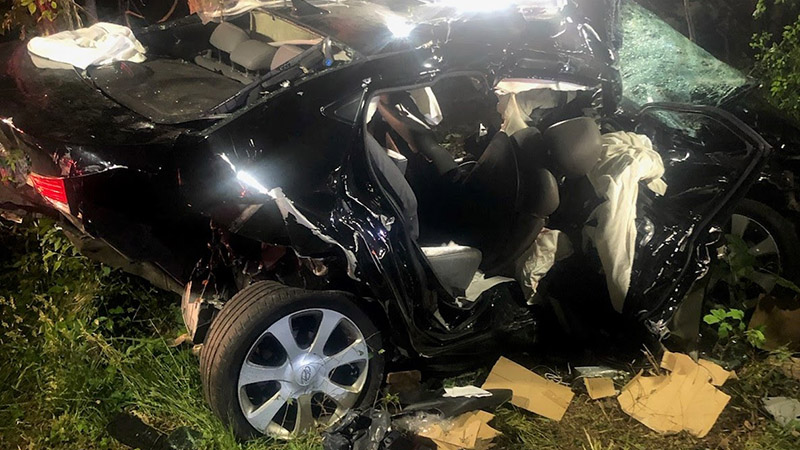 This is the Hyundai Elantra of Michael Eggleston that was involved in last Sunday's crash. (Photo courtesy the Virginia State Police)

A former Farmville karate instructor died recently in a three-car crash on Route 60 in Powhatan County.

Michael Eggleston, 58, of Powhatan, owned a karate studio on West Third Street in Farmville. He was the owner of a karate studio in North Chesterfield at the time of his death.

The preliminary report from the Virginia State Police said Eggleston’s Hyundai Elantra was traveling west on Route 60 Sunday, May 9, shortly after 10 p.m. when he slowed to make a left turn into his driveway. As he did that, a 2012 Ford Fusion struck Egglesto’s car in the rear causing the Hyundai to be struck by a Ford F150 traveling east.

The report from Sergeant Dylan Davenport, the public information officer of the Richmond Division of the Virginia State Police, said Eggleston succumbed to his injuries while being transported to a local hospital. A 14-year-old backseat passenger in Eggleston’s car was transported for treatment of serious but non-life threatening injuries.

There were seven occupants in the F150. They reported non life-threatening injuries.

Angelina N. Brooks, 19, of Powhatan, was the driver of the Ford Fusion. She was not injured. Brooks was charged with reckless driving.