The joys of growing potatoes 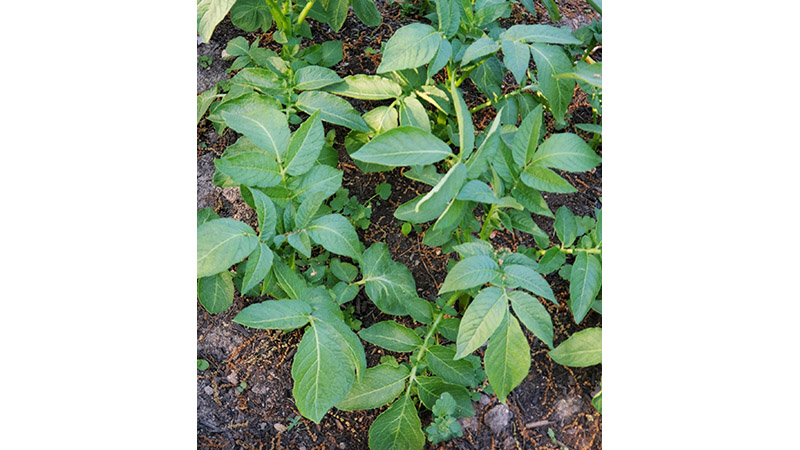 Whether planted in a grow bag or in raised beds, homegrown potatoes are the best.

There’s nothing better than planting seed potatoes, watching them grow and waiting for just the right time to dig the first tiny new potatoes. They have delicate, paper-thin skins and a flavor that’s just pure essence of early summer in the garden. Tiny new potatoes are perfect boiled in salty water and dabbed with the best local butter you can find. They’re equally good warm and cold.

So, when I moved back here from New York City, potatoes were one of the first vegetables I wanted to grow. I went to a local store and asked for Yukon Gold seed potatoes. The man behind the counter gave me a funny look and said he’d never heard of them. I asked for another variety and got the same response. After a third request, he looked at me and said, “You’re not from here, are you? We only grow Kennebecs here.”

Much to his surprise, I responded that, indeed, I had grown up about five miles from his store. I got another odd look quickly followed by that most southern of questions, “Who’s your daddy?” And, yes, I could answer that question quite satisfactorily. My ancestors were in what’s now Chesterfield by the late 1600s and have been in the Prince Edward/ Nottoway area since the 1700s.

I’m a bit lackadaisical about when I plant potatoes. I don’t generally bother with the traditional post St. Patrick’s Day timing. The soil is still cold, and I’m never ready. Some years, I’ve planted potatoes so late that I refused to tell anyone what I’d done. Nevertheless, I still had a glorious crop of delicious potatoes.

This year, I’m experimenting with a new approach. I’ve planted part of my crop in heavy duty, black felt grow bags. In theory, the soil in the grow bags will warm up faster than that in the rest of my garden. They also have pull down flaps on sides that will allow me to reach into the bags underneath the plants and harvest some tiny potatoes without disturbing the plants too much. We’ll see. I’m skeptical. The potatoes planted in the grow bags didn’t sprout before the ones in my regular beds and aren’t any larger. Nevertheless, I’m looking forward to the first harvest of tiny new potatoes and the celebration of abundance in the garden. The varieties of potatoes that I plant may change, but the rituals involved in eating them never will.