Serving it Up — A meal fit for a king

I was truly on my own for the first time in my life when I moved to Farmville in 2016, and one of the simple ways I’ve relished expressing my independence has been in how I’ve gone about forming my meals from time to time.

I’ve enjoyed being able to do some things that I like that others might find a little ridiculous if they were there to pass judgment. These judgments would most likely concern the quantity of food involved and the lengths I’ll go to in order to assemble certain meals.

As for the quantity, to be clear, unless I’m feeling particularly ambitious, some of the meals I’ve constructed will certainly leave leftovers.

As for the lengths I’ll go to for meal assembly, there are times that what I’ve done resembles my own mini Taste of Farmville.

Of course, almost any given Farmville establishment has also frequently served me well as a one-stop shop, but in this feature, I will specifically center my sights on some of the culinary combinations I’ve curated for myself over the last couple years.

I’m not entirely sure but the combinations may have begun with lunch. I’d assemble offerings from Miller’s Country Store and Merk’s Place and/or Uptown Coffee Cafe.

Sometimes I will pair the Italian Hoagie with “Swamp Juice” from Merk’s with Brunswick stew or chili and a salad with Italian dressing from Miller’s. I’ve also led with a sandwich from Miller’s, either the roast beef deluxe, Randall or hot ham and cheese, and paired it with a salad and then soup from Uptown, preferably gumbo.

I also like pairing the hot open roast beef sandwich with mashed potatoes, gravy and the vegetable of the day from Merk’s with a soup and salad from either Miller’s or Uptown.

Other great local sources I’ll pull from for the main course of lunch sometimes include Perini Pizza, with its cheese steak sub, and Pino’s Italian Restaurant & Pizzeria, with its Teresa’s chicken sub.

When I’m planning supper, the variety of combinations grows.

If I’m in the mood for a formal, meat-and-potatoes kind of meal, I’ll get the pulled pork BBQ mac-n-skillet from the Fishin’ Pig and pair it with Bob Evans mashed potatoes with sour cream and chives and Hormel slow-simmered beef roast au jus, both from Food Lion. I pour some of the beef roast au jus on top of the mashed potatoes to act like a meaty gravy.

To add something green and healthy to the mix, I may include Pero Family Farms organic snipped green beans, also from Food Lion.

If I’m desiring southwestern flavors, I may order a steak bowl from Moe’s Southwest Grill, a chicken quesadilla from Taco Bell and a half-size taco salad from Wendy’s. Sometimes the steak quesadilla and a soup from Macado’s restaurant will substitute for the steak bowl, and I may add on chalupas or grilled steak soft tacos at Taco Bell.

I have also simply paired a steak bowl from Moe’s with a taco soup I have made from a recipe after gathering ingredients from Food Lion.

Sometimes I may be craving a Dave’s single burger with no onions and extra pickles from Wendy’s, and I may end up pairing it with Caesar salad and the firehouse chili with cheddar and Monterey jack cheese or broccoli and cheddar soup from Macado’s.

When I heat up Nathan’s famous jumbo restaurant-style beef franks from Food Lion, sometimes I will get Macado’s firehouse chili to drizzle on the hot dogs and pair that with a Dave’s single from Wendy’s.

I’m realizing pizza is not showing up in this story nearly as much as I feel like it should given my immense love for it, but that is because when I select pizza or stromboli or spaghetti for a meal, the given Italian eatery I’m patronizing is often a one-stop shop for me.

There are a few exceptions, though. 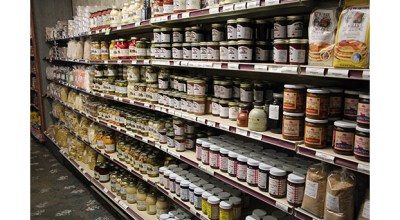 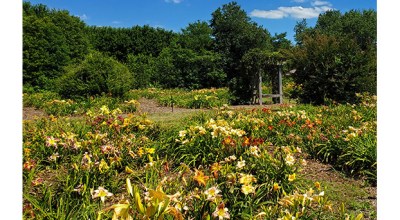