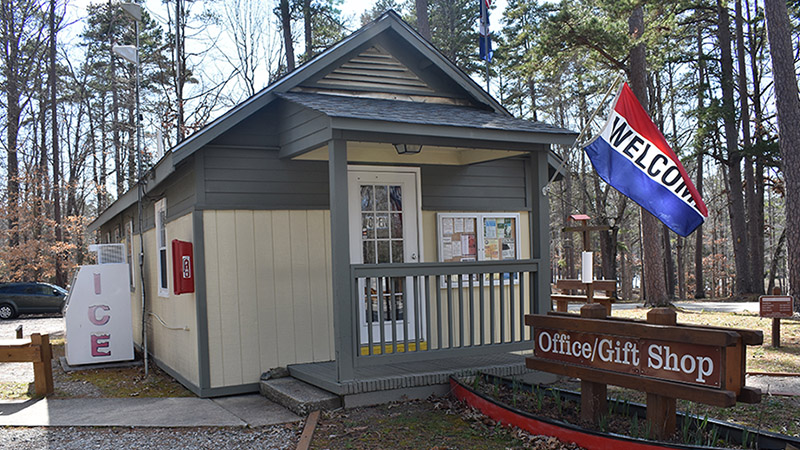 Members of the public are invited to submit comments concerning the Twin Lakes State Park Master Plan. Comments will be accepted through May 29. (Photo by Alexa Massey)

The meeting coincided with the recent announcement of a new park manager for the location.

Located in Green Bay, Twin Lakes is a 548-acre historic park offering a variety of cultural, environmental and recreational activities. The park includes a 33-site campground and 11 climate-controlled cabins.

The park’s master plan is updated every 10 years as a guide for the development, utilization and management of its natural, cultural and historic resources. It is developed in stages with public input from the community.

In phase one of the updated plan, park officials hope to exhibit the park’s historical significance with the construction of a large outdoor historical exhibit at the original Prince Edward Lake State Park shelter. The display will serve to showcase the park’s involvement in the Civil Rights Movement.

Other phase one plans include the creation of a group/primitive camp, cabin renovations, upgrades and expansions to the camp’s beach area, trail connections between High Bridge State Park and the State Forest trails, the construction of an office/visitor center and other future updates.

Phase two of the master plan includes items like providing additional bank fishing and a boat house on Prince Edward Lake, replacing the existing playground with an accessible playground and the construction of a new campground with 30 sites, including three camping cabins and multiple RV sites.

In phase three, park officials hope to retrofit the Twin Lakes concession building into a discovery center/concession site with window sales, update the day use parking area and amphitheater and renovate the current Cedar Crest conference center for use as an event center.

Introduced during the virtual discussion was Kevin Faubion who was recently announced as the new park manager of Twin Lakes State Park.

Having worked with Virginia State Parks since 2015, Faubion began his career in DCR at Chippokes Plantation State Park in Surry as a seasonal trades technician trimming weeds and cleaning bathrooms. Most recently, he served as assistant park manager of operations at Pocahontas State Park in Chesterfield.

Members of the public were able to use a chat box Wednesday to submit comments about the Twin Lakes Master Plan. Comments can still be accepted through May 29.

To watch a recap of Wednesday’s virtual meeting or to read about more planned updates to Twin Lakes, go to: https://www.dcr.virginia.gov/recreational-planning/tl-masterplan-public-input-meeting.