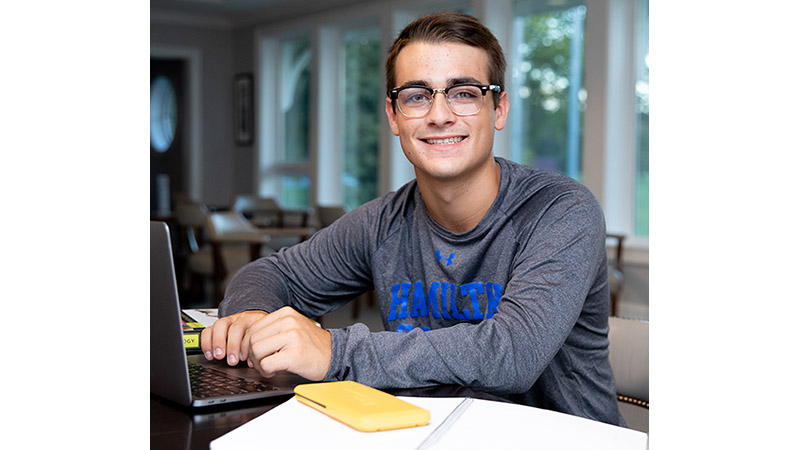 Mattison Kinne, the salutatorian of the Class of 2021 at Prince Edward High School, was recently named the winner of the Elias Jones Scholarship.

Elias Jones was a member of the class of 2013 at Prince Edward County High School (PECHS) when he suddenly died. Since then, his family and friends have honored his memory by awarding a scholarship to a member of the graduating class of PECHS. This scholarship recognizes a student for leadership skills and strength of character. The award amount this year is $2,500.

Kinne is a student athlete who is captain of the baseball team, president of the Future Business Leaders of America, captain of the debate team and a member of the National Honor Society. He has volunteered for the Farmville Area Chamber of Commerce and participated in mission trips to Christiansburg and Honduras. He is described as polite, humble and a positive role model with a strong work ethic who lifts up those around him. He displays honesty, trustworthiness, responsibility, maturity and he leads by example.