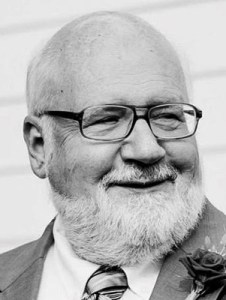 John Francis Reynolds Jr., 78 of Prospect, died on May 10. He was born in Everett, Massachusetts on Oct. 23, 1942 to the late John F. Reynolds Sr. and Margaret Eileen Leary Reynolds.

He was an educator, writer, traveler and dear friend to many. He could see potential in his acquaintances and students and was always willing to help in any way he could. Those who knew John well enjoyed his sense of humor and wittiness. Even though he never had children of his own, he was a father to many providing loving guidance and direction when needed. He enjoyed spending free time at his farm, near Featherfin, or playing Mozart on his piano. John led the International Studies program at Longwood University for many years and received countless academic honors and awards for his translation and publication of German works, most notably those of C. F. Gellert. He was a distinguished professor, teaching in Germany and Austria at the university level, the University of Virginia, Colby College and Longwood University, where he retired in 2012. John was an active member of Delta Phi Alpha National German Honor Society, holding several leadership positions over the years.

A funeral service will be held on Thursday, May 13, at 3 p.m. in the Chapel of Puckett Funeral Home. Family will receive friends beginning at 2 p.m. at the funeral home.

In honor of John’s kind and generous heart, a memorial contribution may be made to a charity of your choice. Puckett Funeral Home is serving the family. www.puckettfh.com.