A man involved in a head-on collision in Buckingham County earlier this month was later revealed to be a suspect wanted in relation to a homicide which occurred in Chesterfield County just days before the accident. 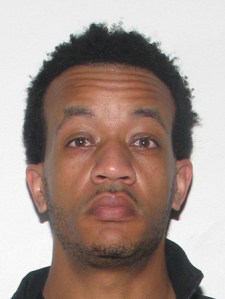 According to a May 2 release from the Chesterfield County Police Department, at approximately 2:30 a.m. Sunday, May 2, officers were called to the 7800 block of Provincetown Drive in Chesterfield for a report of a shooting.

Police arrived to find two gunshot victims, a man and a woman, who were transported to an area hospital with life-threatening injuries.

The male victim, William A. Simpson, IV, 27, of the 3700 block of King and Queen Drive, later died as a result of his injuries.

Detectives had obtained warrants for the arrest of the subject in the case, Willie G. Williams III, 32, of Richmond, for first first-degree murder, breaking and entering with intent to commit murder, malicious wounding and use of a firearm in the commission of a felony, with additional charges pending.

Williams was on the run for two days before a car-versus-tractor trailer accident in Buckingham County revealed his location to law enforcement officers.

A previous article in The Farmville Herald cites Williams was one of two men injured in an accident which occurred at approximately 1:04 p.m. Tuesday, May 4, on Route 15 in Buckingham County, just north of Route 688.

During the accident, a 2020 Nissan Altima driven by Williams was traveling north when it crossed the center line and hit a southbound 2000 Freightliner tractor trailer head on.

The impact of the crash caused the Freightliner, driven by Quadarian Sanders, 25, of Bennettsville, South Carolina, to run off the right side of the road and hit a sign. Williams also ran off the road.

Tuesday, May 4, Chesterfield police issued another release announcing Williams had been located after an accident outside the Richmond Metro area.

Friday, May 14, Chesterfield County Police Department Public Information Coordinator Elizabeth Caroon said Williams has not yet been arrested as he remains hospitalized with injuries related to the crash.

The investigation into the domestic shooting is ongoing, and anyone with information is encouraged to contact the Chesterfield County Police Department at (804) 748-1251 or Crime Solvers at (804) 748- 0660 or www.crimesolvers. net.

United Way to shut down by June 30