Brown’s position on the board was announced in a Friday, April 30, press release from the governor’s office. 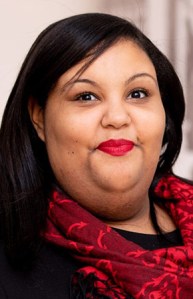 Having always had a passion for history, she started her career as the assistant director for education at the Moton Museum in October of 2019.

Prior to working at Moton, Brown served as the digital outreach educator for the Virginia Museum of History and Culture. She also previously worked with the U.S. Army Quartermaster Museum and Virginia Tourism Corporation.

Friday, May 7, Brown said she had received a nomination to the Citizens Advisory Council but was unsure of her appointment until a recent visit to the Executive Mansion.

The council, according to Brown, works to promote a greater understanding and awareness of the history of the Executive Mansion, guiding research and publications about the building.

“The structure has been home for Virginia’s governors since 1813,” Brown said. “Being able to interpret a home that has been a constant for centuries here is exciting. There are so many ways to use the structure to tell its story and role in Virginia’s history.

“It was and is an honor to be appointed. I am thrilled for this opportunity to learn more about Virginia while creating education opportunities about the mansion throughout the state.”

Dillwyn woman killed in I-81 crash