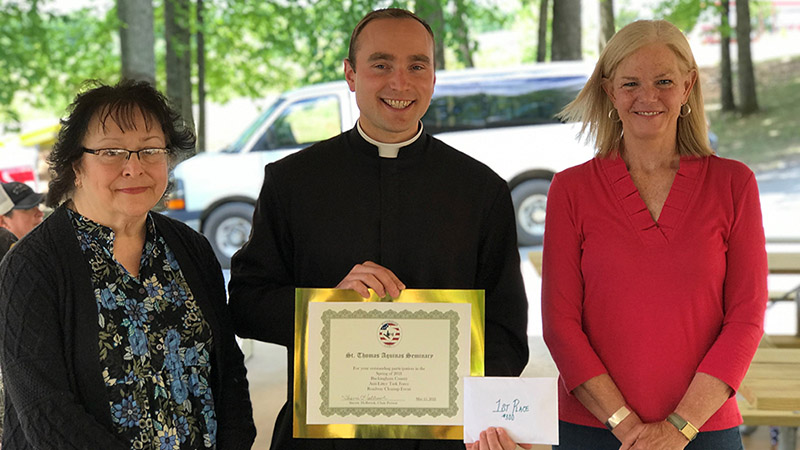 Eddie Slagle, a BATF member was the master of ceremonies at a celebration held Saturday May 15, at 11:30 a.m. at the Buckingham County Library pavilion. He introduced the guest speaker, Roger Eitelman from Keep Virginia Beautiful. Sherrie Holbrook, the chair of BATF introduced Elizabeth Jones, also a BATF member, who gave out the awards.

“I believe that the Anti-Litter Task Force did an amazing and outstanding job on the roadways in Buckingham County,” District Three Supervisor and Board of Supervisors Chairman Don Matthews said. “Thanks to the entire group that helped to organize and implement the total process from start to finish. It was a really great group to work with.”

“We are so proud of the hard work of our volunteers who picked up litter,” District Four Supervisor and Board of Supervisors Vice-Chairman Thomas Jordan Miles III said, who helped revamp the Anti-Litter Task Force. “We are so thankful too for those who served on the task force, who organized, promoted, registered, collected, and went above and beyond in their efforts to Keep Buckingham Beautiful.”

Miles and Matthews serve on the Anti-Litter Task Force.

A special recognition certificate was presented to Maggie Snoddy for her help with signage advertising the event.