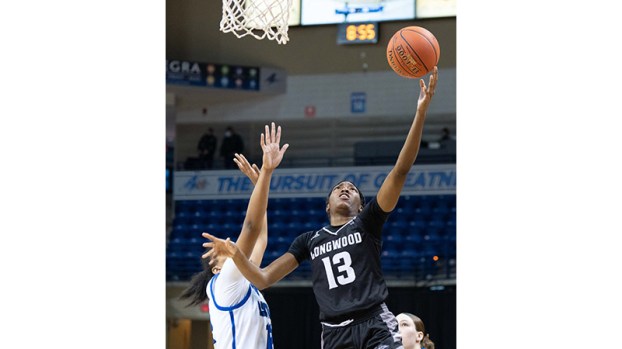 Longwood women’s basketball’s historic 2020-21 season has come to a close, but the awards continue to roll in.

Akila Smith was named the VaSID Defensive Player of the Year, while Smith and Kyla McMakin were named to the VaSID All-State First Team, the organization announced on Thursday. 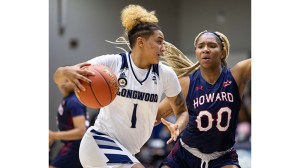 For Smith and McMakin, the honors add on to an awards haul that has seen Smith named the Big South Defensive Player of the Year, while McMakin and Smith were also both named to the All-Big South first team.

Smith put together one of the best defensive performances in the history of Longwood women’s basketball, as the versatile forward ranked third in the nation in both blocks and blocks per game. The Orlando, Florida native set a program record in blocks for the second-consecutive year, and broke the single-game Big South record with a 11-block performance, part of a 14-point, 13-rebound, 11-block triple-double.

The defensive force, who also averaged 2.04 steals per game, was just as effective on the offensive end. The junior averaged 15.7 points (fourth in the Big South) and 10.2 rebounds (first in the Big South), and ranked 13th in the country with 14 double-doubles. She scored in double-digits in 24 of 25 games, including a career-high 32 points on the road at Big South Champion High Point, and was named to the Big South All-Tournament team after scoring 30 points and snatching 19 rebounds in two games.

McMakin joined Smith on the All-State first team, averaging 17.9 points, the most in the Big South for the second-consecutive year, while adding two assists and 4.9 rebounds. The Virginia Beach native also ranked second in the conference in free throw percentage at 87%, 12th in steals with 1.52 per game, and led the conference in both minutes and minutes per game.

In total, McMakin had nine 20 point performances in 2021. The sophomore scored in double digits in 22 of her 25 appearances, led by a season-high 31 points in a home win over Howard.

Smith and McMakin’s monster years culminated in historic success for the Lancers, who set program bests in conference finish (third) and conference wins (12). Five players received postseason honors from the Big South, as the team ran past UNC Asheville in the Big South quarterfinals.

Both McMakin and Smith will return to Farmville next season, as they will return eight total players from their 2020-21 roster including the team’s top-five scorers, as well as welcome five newcomers to the program.

Despite another gem from reigning Big South Pitcher of the Week Sydney Backstrom, No. 24 James Madison showcased its top-25 prowess... read more