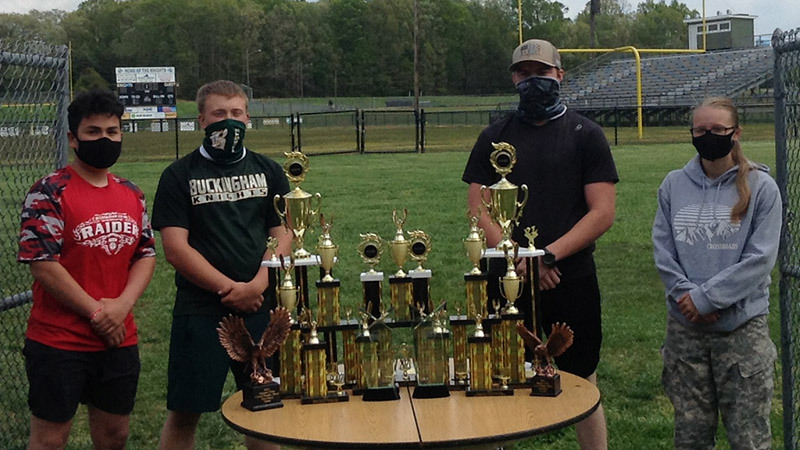 The Buckingham Raiders Teams completed their shortened 2021 Raider season at East Surry High School in Pilot Mountain, North Carolina on April 17. “Considering the Raiders had been sidelined for a year, and had only two weeks to prepare for the upcoming season, we did exceptionally well, and we are very proud of them,” Raider Coach SGT Grazier said. The Raiders placed first in both the male and co-ed divisions at Orange County, were runner ups in both divisions at Magna Vista High School and East Surry High School and hosted their annual home Raider meet with 15 teams competing from Virginia and North Carolina. The Raiders were awarded more than 29 trophies and streamers. Raider commanders Jon Gowans, Minnie Wallace, Devin Corral and Parker Knight led the teams. (Send “Way to Go!” photos with a description and names to WayToGo@FarmvilleHerald.com.)