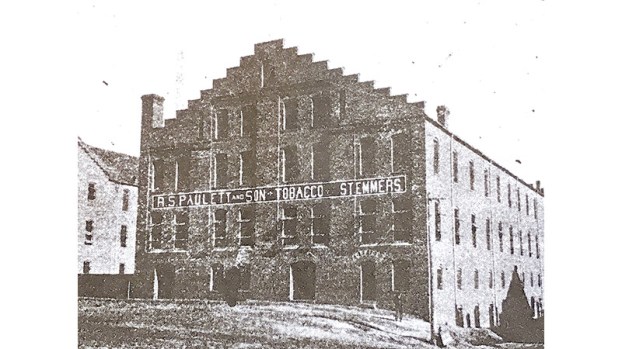 The five-story Paulett Factory, opened in 1898, had a steam-drying capacity of a million pounds annually. R. S. Paulett was perhaps the most famous of Farmville’s tobacconists. (Photo provided by Dr. Jim Jordan) 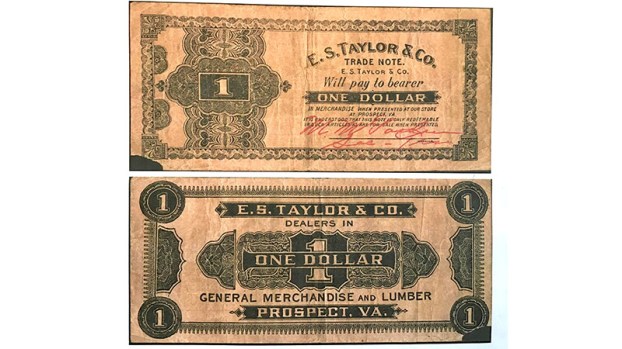 The Taylor Manufacturing Company that employed many in Farmville, and nearly the whole village of Prospect, paid its workers in “Taylor money.” It was legal tender only in Southside Virginia. (Photo provided by Dr. Jim Jordan) 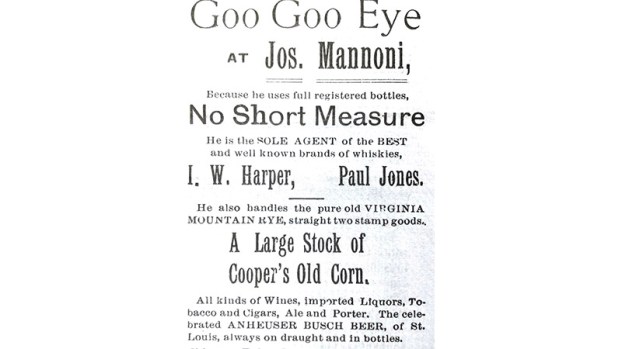 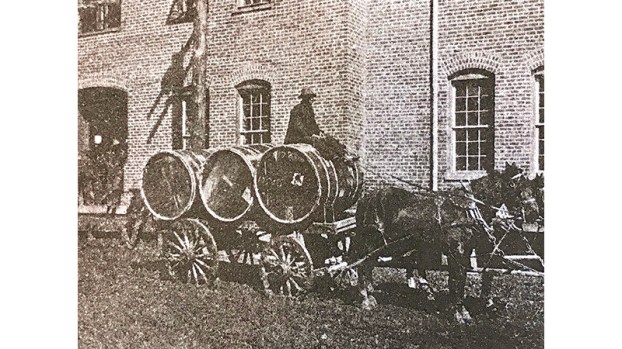 A dray was a stout four-wheeled wagon pulled by a team of two or four strong horses and capable of hauling around 4,000 pounds. (Photo provided by Dr. Jim Jordan) 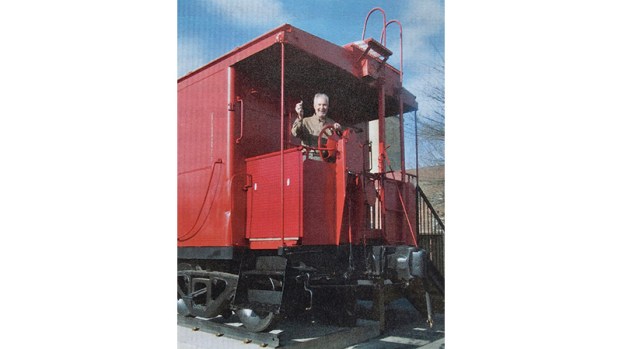 In 1899, the phrase “travel by car” referred to rail travel rather than automobiles. Here Jim Jordan stands at the brake wheel of the last Norfolk Southern caboose to travel through Farmville. (Photo provided by Dr. Jim Jordan)

A page one article in The Farmville Herald in 1899 began, “Farmville is the metropolis of Southside Virginia — the best built, best kept, best governed and one of the busiest towns in the south.”

Lest some of the newspaper’s readers needed to be convinced of this claim, the article continued, “The Norfolk & Western Railway affords uninterrupted connection with the granaries of the west . . . and the deep waters of the Appomattox River. . . . Four tobacco warehouses provide every comfort for farmer and beast, the largest market in the state. Its plow handle factory is second to none in the country. Its flour and corn mill has no equal, and its brickyards thrill with life. The grocery and drug businesses assume a commanding influence in trade circles.”

Once you had stocked up on farm supplies, you could walk right next door to “Doc” Winston’s Drug Company to purchase sickroom needs. Winston was “ministering to the sick, an accomplished pharmacist in compounding remedies, and a skilled practitioner in the art of medicine.”

With farm gear and medications in hand, on to Verser’s Emporium, “the mercantile mecca whose owner fanned the breezes of dry goods and the clothing business craft.” Verser’s displayed “the best goods in the best taste with gentle manners and modest demeanor.” Garments sold here were imported from the “principal cities” of the south and possessed “good taste and good judgment.”

With all these prosperous businesses in town ringing up sales, there was a great need for a safe place for cash to be stored.

Main Street was prepared for the task.

The First National Bank was a few short steps from Main Street stores and boasted “desks, and drawers, and tables, and chairs, with a mammoth iron safe well nigh providing the perfect banking establishment.”

For folks still not comforted by that mammoth safe, just two doors away was Planters Bank, “Old Reliable,” as it was called. The folksy nickname was well earned, it seems. Founded the year after the Civil War ended in 1865, the bank “weathered proudly and triumphantly every panic guarding its precious cargo — the widow’s all, the orphan’s bread, the official’s deposits, the funds of church and school — and holds them securely ready to meet every demand.”

While there was no UPS or FedEx in 1899, there was certainly a robust transportation system. For heavy loads like hogsheads of tobacco, boxes of guano, and loads of stone or sand, there were drays.

A dray was a stout four-wheeled wagon, capable of hauling about 4,000 pounds, pulled by a team of two or four strong horses. For lighter loads, two-wheeled carts, often called “dog carts,” were used. These single-axle conveyances were actually pulled by ponies, not dogs.

And for long distance transport of goods and people, there was the wonder of the age — travel by “the cars.” In 1899 that phrase meant the railroad, not the automobile, which was still in the future.

Farmville was served by two railroads, the Farmville and Powhatan (the F. and P.) and the Norfolk and Western (N. and W.). Passenger trains through Farmville were so numerous a person could catch a morning train, ride through Prospect, Pamplin, Appomattox and into Lynchburg, sell a basket of blueberries at the Farmers Market, buy a pair of shoes at the Red Lion Factory, and catch the 3:30 p.m. eastbound coach back to Farmville in time for supper. Mail was delivered to the Farmville Train Depot seven times a day by westbound as well as eastbound trains.

Tobacco was a prime good listed on the “bills of lading,” which was the official transportation ticket for each rail car. Dried and cured in Farmville’s seven nationally-famous tobacco factories and then compressed into wooden barrels called hogsheads, the 2,000-pound barrels were rolled like huge wheels or loaded on drays to the train depot to begin the journey to market. Most crossed the oceans to other countries.

The most famous of the tobacconists was R. S. Paulett, whose five-story factory had a steam-drying capacity of a million pounds annually. Some of that was shipped out on batteaux poled down the Appomattox River. More than 100 workers were employed when the building was opened in 1898.

It was perhaps the very same day that the Paulett Factory opened in 1898 that a photo was taken of J. Barrye Wall on Main Street — in his baby carriage. Without J. Barrye Wall, there would be no Farmville Herald today.

While some things from the past remain today, some do not. Did you know there was once a dollar bill and quarter coin that were legal currency in Southside Virginia and no place else?

The Taylor Manufacturing Company that employed many in Farmville and nearly the whole village of Prospect paid its workers in “Taylor money.” Perhaps Farmville shoppers spent some of that Taylor money on two items no longer available in town today, Goo Goo Eye Whiskey and Laxakola Constipation Cure. According

to advertisements at the time, short-changed whiskey bottles and “clogged stomachs” were a problem of that era.

There is one thing missing in Farmville that makes me rather sad. When I came to town in 1978, I would hear the sound of a train whistle blowing for the Main Street crossing. That locomotive call is a haunting memory in my mind — and I miss it.

Another sound, which I’ve never heard but wish I had, was the pealing of bells on drays or carts as they approached the corner of Main and High streets. Bells hanging from the yoke under a horse’s neck called out a warning at each intersection: “Beware — traffic is coming.”

Today there are 31 stoplights at street corners in Farmville — I know this because I spent an afternoon counting them. While you may not believe this, I thought I heard the faint tinkling of bells each time I stopped.

The next time you find yourself waiting at a red light in town, take a moment to reflect on Farmville’s past. Echoes of history can still be heard — all you have to do is listen.