A county and its school system on the western end of the commonwealth have found a way to bring quality internet access to people in rural areas, and the school division’s technology chief highly recommends the arrangement to other rural counties, including those in central Virginia.

Wise County Public Schools (WCPS) has become involved in a beta project offered by billionaire Elon Musk’s spaceflight company SpaceX. Starlink is a division of the company that is using a growing constellation of low-orbit satellites to bring high-speed broadband internet to locations around the globe where access has been either unreliable or unavailable.

On the website, Starlink. com, it is noted the division of SpaceX is now delivering initial beta service both domestically and internationally and will continue expansion to near global coverage of the populated world in 2021.

WCPS is the first school district in America to utilize the Starlink satellites for education. Service started Feb. 1. Local officials are already impressed with the results. 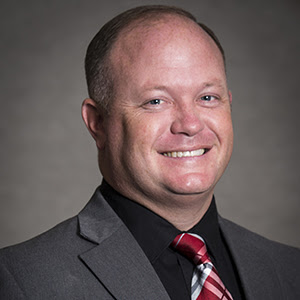 Starlink is known for being able to provide low latency. As is stated on the Starlink website, latency is the time it takes to send data from one point to the next. When satellites are far from Earth, latency is high, resulting in poor performance for activities like video calls and online gaming. Typical internet service from satellites comes from geosynchronous orbit 26,000 miles above the earth. Starlink satellites are only 350 miles high.

Jack Kennedy, the circuit court clerk in Wise County, is a space enthusiast and the man chiefly responsible for bringing Starlink to the county.

Comparing Starlink with traditional satellite internet systems that have fixed satellites much farther from Earth than where SpaceX has launched its satellites, Kiser said the difference in performance in Wise County has been significant.

“From these parents who had tried the traditional satellite services before, they were telling us that it would take them 12 hours to download a PDF document,” he said.

When he and his staff hooked them up to Starlink, they are now streaming 4K video because the latency is low and the speed is high.

“The speeds, there’s no comparison,” Kiser said. “Even if a traditional satellite company had been selling 100 megabits per second download speed, they truly weren’t getting that, and then you put the latency on top of that. We’ve just had, in our area, folks not having any luck at all.”

Kennedy said Starlink is expected to be capable of a downlink speed of 300 Mbps by the end of the calendar year.

Kiser said even before the COVID-19 pandemic, he and his staff knew the school system had an issue with connectivity to the homes of some of its students.

“Some of it was affordability, but a lot of it is availability,” he said. “And when we talk about internet access, we thought we were around 30% that would need assistance with getting internet access to their homes in some way or another. Well, what we found was that a lot of the internet access that our students had was not adequate for online learning.

“They were relying on personal hot spots that even though they might have unlimited data, after so much data was used, they would have their rates limited by the provider and things, which caused us some additional trouble,” he added. “So our number here grew to about almost 40% that didn’t have adequate internet access for online learning.”

“Jack has brought many space-based programs into Wise County over the past decade, maybe even extending beyond that, but I’ve been involved with him for the past decade,” Kiser said. “Jack reached out to me and asked what I thought about pursuing Starlink through SpaceX, and I, of course, told him that I was very aware of what it was and that if we can be part of that beta project, then that would be wonderful, I’d be all for it.”

“The next thing I knew, he called back and we set up a meeting between himself, me, the superintendent of schools and our county administrator to talk about, OK, if this can happen, how will we fund this?” Kiser said. “And so we got our heads together and came up with a plan on how to fund it, and Mr. Kennedy then went back to work and the next thing I know, he contacted me, and we needed to gather up the addresses of 45 homes that were willing to participate in the beta and prepared to sign a contract and exchange some funds, and before I knew it, on the first week of January, we had equipment arriving here at Wise County schools.”

Kiser said they had to follow the same beta as anyone else, so the equipment package was $499 per home, and then the service was $99 per month per home.

“The Wise County Board of Supervisors agreed to pay for the equipment for each home that we did as part of this beta, and the school system paid for the service through a grant that we had received,” Kiser said. “So it was a partnership between us and the county to make this happen for the 45 homes.”

He noted some of these homes have more than one student, and just less than a hundred students are being served across those 45 homes.

WCPS has used other options aside from just Starlink during the pandemic, including partnering with Verizon and putting out some mobile hot spots, but the school division had part of the population it did not really have options to assist.

“That’s where Starlink really comes into the equation for us, because it reaches those that normally we couldn’t reach,” Kiser said.

Installation of the satellite dishes at the 45 homes proved to be easier than Kiser and his staff were anticipating, taking less than an hour. SpaceX sent self-install kits.

“It’s just the dish,” Kiser said. “The dish already has the cable on it. You just have to find the location using their app to place the satellite receiver. You run that cable inside, which obviously you have to penetrate the home and the floor, but then you just plug up the router that they send with it, get the cable to that router plugged in and then the app launches a self-install feature. So it’s as easy as 1-2-3, honestly.”

It was simple enough that Kiser and the technology department backed off from helping with the installations unless help was specifically requested from the families involved.

Placement of the dishes has been important for the participants in the project.

“One of the things that obviously can affect any satellite system is the field of view to the sky,” Kiser said. “Any obstructions in its field of view can cause issues.”

He noted there is mountainous terrain in Wise County.

“Even if they’re up on mountain tops or in the valleys there, there’s a lot of tree coverage and different things like that,” he said. ”But even with some of that, we don’t see them losing their connection very often. When they do, it’s almost an instantaneous (thing) — it’s down but it comes right back up.”

With a little more than a month of Starlink being operational in the county, Kiser offered his evaluation of how things are going.

“I’d say it’s going wonderfully because the timing could not have been better for us because the contact began on February the 1st,” he said. “We had all of them installed by then. Well, the following three weeks after February the 1st, we were in school only two days due to weather with the snow and ice and things in our area. So you talk about very timely — we had a good means by which to test it out because virtual learning was happening for all of our students during the first three weeks it was installed.

“And I have checked with several of the families,” he continued. “I’ve received emails thanking us for this service and what a difference it’s made, so I would say it’s going excellent.”

When asked if he would recommend the arrangement to central Virginia counties, Kiser said, “Absolutely, without a doubt.

“I will say that here in Wise County, we focused on those that don’t have access to traditional service providers,” he said. “So for those that have no option other than traditional satellite internet or some other means, even if it’s cellular hot spots, then this is definitely a solution that you would want to look into.”

Kennedy noted the Virginia legislature has appropriated $500,000 to the Virginia Coalfield Economic Development Authority to serve as the fiscal agent and to seek significant matching federal, state, regional and local public and private funding to create the Virginia Starlink Expanse, connecting about 1,000 to 2,000 children’s homes now either unserved and underserved with Lee, Wise, Scott, Dickenson, Russell, Buchanan and Tazewell counties of Virginia.

“Hopefully, the project can commence this summer, and will be funded and implemented over the fiscal year ending June 30, 2022,” Kennedy stated. “The effort will buy-down hardware and service costs to get children and families connected for education, telemedicine and teleworking jobs. But, education first.”