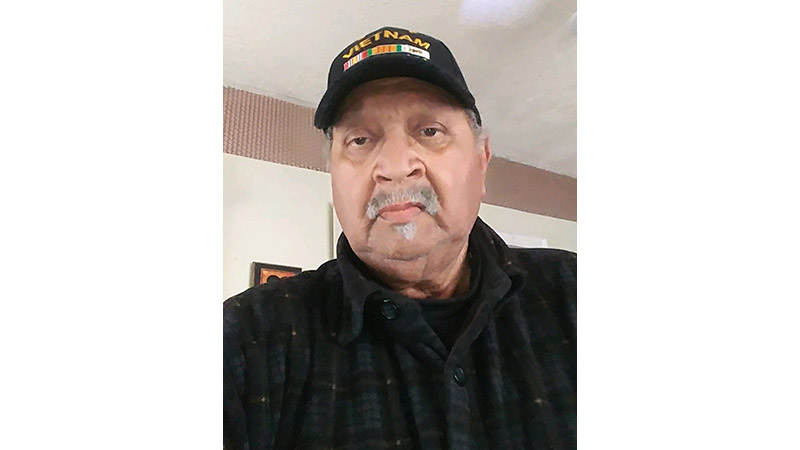 Born in 1942, Sedgwick grew up during the time of the draft. After graduation from high school, he found it was difficult to find a job because companies were afraid of hiring a young man only to have him drafted, as they’d have to keep his position open the whole time he was off serving his country.

Businesses were reluctant to hire anyone without prior military service, so Sedgwick, who’d been working odd jobs from 18 to 21, decided to get his military obligation out of the way. He entered the U.S. Air Force in 1963, but he had no idea the lasting impact his service would leave on his life.

After basic training, Sedgwick was selected to become a jet engine mechanic and went to technical school in Wichita Falls, Texas. Upon graduating from tech school he was assigned to the England Air Force Base in Louisiana.

While he had experienced segregation and other difficulties in Maryland, nothing could prepare him for the world he was introduced to in Louisiana. The racism he encountered there was difficult to cope with, and as a Black man, he often had to work twice as hard as his white counterparts to earn the same respect.

After two and a half years, his entire wing was sent to Vietnam.

Sedgwick did three tours of duty in Vietnam and from 1965 to 1967 spent his time as a jet engine mechanic working on the F-100 Super Sabre jet fighter aircraft.

At the time, O’Hare International Airport in Chicago was the busiest airport in the world, but with only one runway, Sedgwick’s unit was sending off over 400 “sorties” (a combat mission for an individual aircraft) every day, surpassing even the world’s busiest runway.

From 1968-1970, Sedgwick worked to launch B-52 bombers off of Guam in the middle of what has been nicknamed Typhoon Alley. When typhoon conditions hit, all 150 aircraft had to be launched around the storm, often flying to Okinawa and back in order to save the aircraft from damage.

After leaving Guam, Sedgwick was stationed at Loring Air Force Base in Maine. He continued working on B-52s in efforts focused around the Cold War. As part of the Strategic Air Command, his mission was to be able to launch an all out nuclear war with anybody on the planet within 30 minutes.

In 1971, Sedgwick transferred to Langley Air Force Base in Virginia. It was there that he was introduced to the F-15 Eagle fighter plane. Over the next several years, he was dispatched to bring those F-15s to places around the world, from Alaska to the Netherlands. After a tour in Holland he returned to Langley and retired from the Air Force as a master sergeant in 1984 at the age of 42. Even after retiring, he continued a career in mechanics, going on to work on Navy aircraft.

Sedgwick got to see quite a bit of the world during his military career, including places like the Philippines, Spain, Korea, Thailand and Hong Kong. Nowadays, you can find this well-traveled veteran in Buckingham County.

Today, Sedgwick is active in the veteran community, serving as a member of the American Legion and Buckingham VFW Post 8446, of which he served as the first Black commander.

Sedgwick has a lot to be proud of in his work in the U.S. Air Force. But after growing up in a single-parent household where his mother played the role of both Mom and Dad, he also draws a great sense of pride from serving as a father figure to his adopted granddaughters and now as a great-grandfather.

Due to the era in which he grew up, during his time spent in the Air Force, Sedgwick grew to feel that he could be looked upon and received as a first-class citizen anywhere in the world except for the country where he was born and raised.

As a result, he lives his life under a strict rule of treating others how he would want to be treated. He’s a thorough believer in the core values instilled in him in the military — respect, discipline, comradery — and has never been afraid to uphold his convictions.

Sedgwick’s time in Vietnam taught him something else, too; that at any given minute any of us could be just a memory. And because of this he tries to live his life to the fullest and to the best of his ability.

But even the fragility of life would not keep Sedgwick from putting on that uniform and serving once more. He would do it again in a heartbeat.