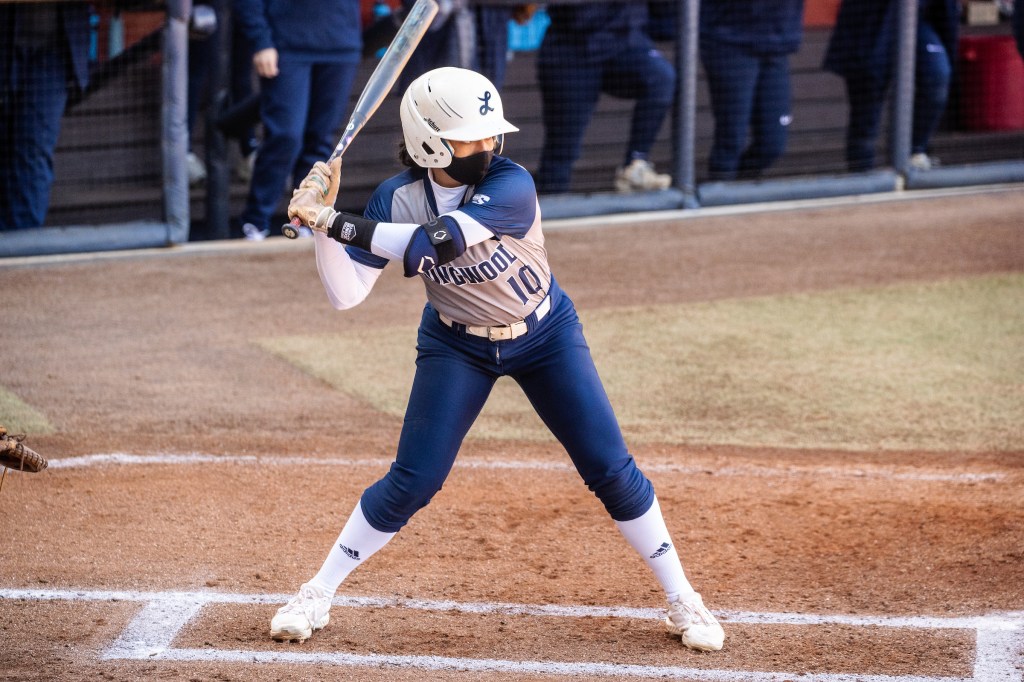 It took six innings to warm them up, but for the Longwood University softball team’s bats Sunday, March 21, at Gardner-Webb University, it was better late than never.

A six-run seventh inning, featuring matching two-run homers from Jacobsen and Taylor, put the game away and allowed Backstrom to pitch her final inning with a seven-run cushion after working with just one run of support through her first five frames.

Longwood’s end-game surge put the exclamation point on a dominant three-game series in which the Lancers outscored the Big South Preseason Coaches Poll No. 1 Runnin’ Bulldogs 27-4 and outhit them 28-12. In a Saturday, March 20, doubleheader, Longwood earned a 11-0 mercy-rule victory followed by a 7-2 win over Gardner-Webb, which became 1-13 overall and 0-3 in the Big South after Sunday’s loss.

Now winners of eight straight and 10 of their past 14 games overall, the Lancers have a week to prepare for their next Big South series, a three-game road matchup at Winthrop University this Saturday and Sunday, March 27-28.

“I’m very pleased with the way our team fought throughout the game,” first-year Longwood Head Coach Dr. Megan Brown said, whose Lancers joined University of South Carolina Upstate (6-0) as the lone remaining unbeaten Big South teams two weeks into conference play. “We had opportunities to settle and keep pushing through. It was good to see us come back and play a full seven innings of Longwood softball.” 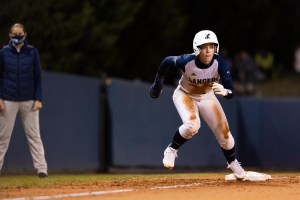 Spearheading the latest win during Longwood’s eight-game tear was once again Backstrom, who did not allow a single earned run Sunday and struck out eight en route to winning her fifth consecutive decision. The 6-foot-1-inch right-hander, who also earned the win in Saturday’s series opener, has not allowed an earned run in her past 22.2 innings while striking out 28 batters and allowing just 11 hits during that span.

Backstrom was in command once again Sunday, helping the Lancers shake off a first-inning error and a third-inning passed ball by limiting that damage to just two unearned runs. She shut out Gardner-Webb over her final four innings, allowing just two singles the rest of the way to give Longwood’s lineup time to work against Gardner-Webb ace and Big South Preseason Pitcher of the Year Brooke Perry.

Longwood finally broke through against Perry starting in the top of the sixth, beginning with heroics from Taylor, who drew a leadoff walk to reach base as the tying run with the Lancers trailing 2-1. She promptly stole second base to put herself in scoring position and then came all the way around on junior Mason Basdikis’ RBI single to knot the score at 2-2. Basdikis kept the rally going by stealing second and moving to third on a sacrifice bunt from graduate student Destiny Martinez, setting her up to score the go-ahead run on a two-out passed ball.

With a slim 3-2 lead in hand, Backstrom went back to work and tossed a perfect sixth inning, retiring the side on two groundouts and a punchout. The Lancers rewarded her once again in their next turn at the plate by erupting for six runs in the top of the seventh, beginning with Taylor’s mammoth two-run homer to left field that knocked Perry out of the game.

However, Gardner-Webb reliever Laken Myers could do little to quiet Longwood’s momentum, as senior Leah Powell and graduate student Kasey Carr coaxed back-to-back walks, and Martinez kept the wheels turning with an RBI single. Jacobsen capped the rally with a two-run blast — her second homer in as many games — to send Backstrom into the final inning with a 9-2 lead.

Backstrom wasted little time in closing out the game, striking out three of the four Gardner-Webb hitters she faced in the bottom of the seventh.