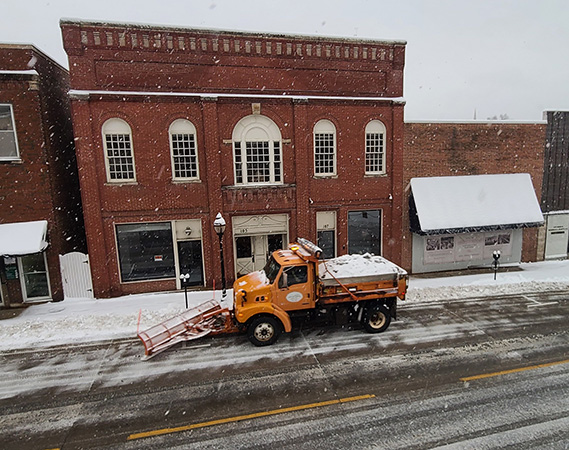 More snow this weekend, frigid temps on the way

It looks like it could be another snowy weekend in the Farmville area followed by bone-chilling cold the following weekend.

Farmville is under a Winter Storm Watch from the National Weather Service that will begin Saturday, Feb. 6 at 7 p.m. to Sunday, Feb. 7 at noon. The watch says the area could receive up to four inches of snow. The town just received four inches of snow this past weekend. The bulk of the frozen precipitation is expected to fall between midnight and 7 a.m. Sunday morning.

The Virginia Department of Transportation has said since this winter storm is expected to begin as rain, no pre-treatment of roadways is being done.

It could be a second straight snowy Sunday with this weekend storm wrapping up well before the Super Bowl kicks off at 6:30 p.m. Sunday night.

An early look at Valentine’s Day weekend shows plenty of reasons to snuggle by the fire with a cup of soup.