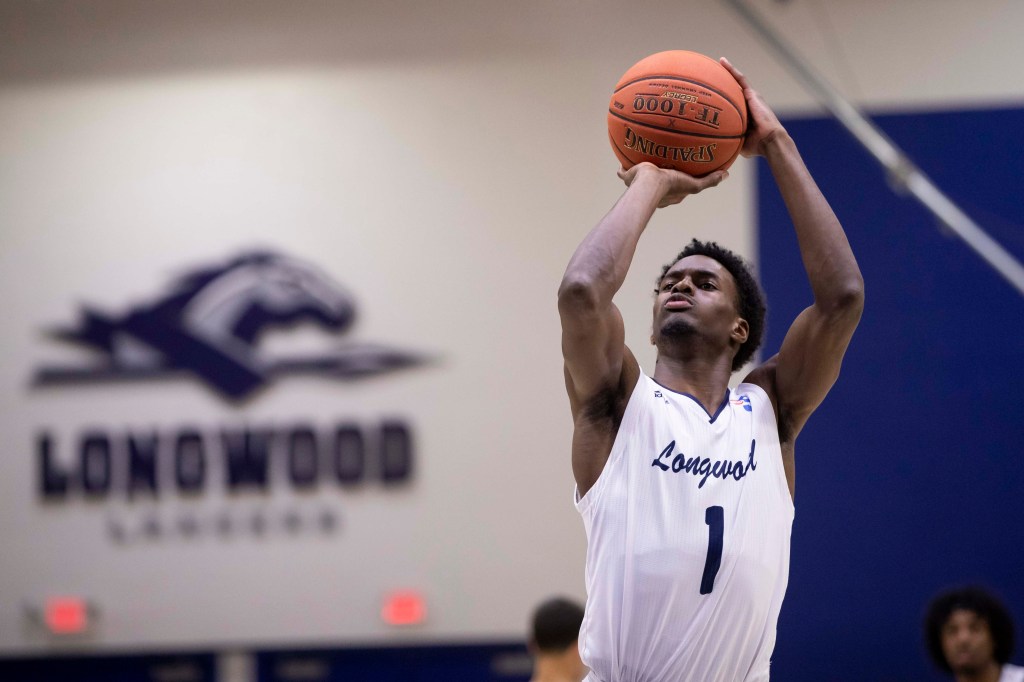 Friday night, Jan. 29, Longwood University’s men’s basketball team proved the aggressor and grinded out a 49-45 win in a defensive slugfest against Presbyterian College.

Less than 24 hours after the Lancers (6-14, 5-9 Big South) put together one of their best defensive games of the season, Presbyterian flipped the script and snapped Longwood’s three-game winning streak by pulling out a 66-54 victory in the rematch at the Templeton Center.

After managing just 45 points against Longwood’s Big South-leading defense one day prior, the Blue Hose (5-9, 3-7 Big South) avenged the loss behind a 41-point second half and a season-high 20 points from Big South freshman scoring leader Rayshon Harrison. Harrison scored 16 of those during a second-half flurry to spark the Blue Hose to their highest-scoring half in Big South play this season.

“Tonight we took a step backwards,” Longwood Head Coach Griff Aldrich said, whose Lancers entered the game winners of four of their past six. “This was kind of more the team we saw in December a little bit. I thought we just flat-out got out-competed from start to finish. It was a concern going into the game. I knew Presbyterian would be hungry, trying to clean up what happened yesterday, and right from the start, we just got out-competed.”

Leading that effort was Harrison, a 6-foot- 4-inch, 180-pound guard who played his high school basketball at the alma mater of former Longwood 1,000-point scorer and 2020 graduate JaShaun Smith. After scoring 19 points in Friday’s game, Harrison finished 7-of-10 from the field Saturday and was a near-perfect 5-of-6 after halftime. His 3-pointer with 15:50 to play pushed Presbyterian’s lead to double digits and helped the Blue Hose put together only the sixth 40-point half the Lancers have allowed in 14 Big South games this season.

“We weren’t ready to battle today. Credit Presbyterian because they were.”

Joining Harrison in double figures was Brandon Younger, whose 14 points helped offset an 11-point night from Longwood point guard Juan Munoz and a physical nine-point performance from forward Christian Wilson. DeShaun Wade and Leslie Nkereuwem also chipped in eight points apiece for the Lancers, but Presbyterian made up the difference by limiting Longwood to just three 3-pointers, their second-fewest of the season.

The loss is only Longwood’s third since Jan. 10, the previous two of which were to then-unbeaten and current league frontrunner Winthrop University.

Next up for the Lancers is a road trip to Charleston, South Carolina, to face Charleston Southern University this Thursday and Friday, Feb. 4-5. That series takes the place of Longwood’s originally scheduled home series against Hampton University, which the Big South Conference postponed to Feb. 15 and Feb. 20 as part of a league-wide schedule adjustment due to COVID-19 precautions.